I was performing my regular reading of my emails when I came across the latest words of wisdom from Seth Godin.
Seth always seems to read my mind, and his emails often cross over with a period of time when I may be thinking about a pharmacy problem, but finding difficulty in trying to express it in writing.
Then along comes Seth and all is well with the world.

His latest email, however, came with an unusual word in its title – that is, unusual to me.
The word was “frustum” and I soon found out that this was the word to describe a geometrical object that looked like a pyramid that had a substantial part of its “pointy-end” missing.
Just visualise a decapitated pyramid.
I’ll let Seth Godin’s words describe “frustum” so you will be able to get a word picture view, and be able to envisage a pharmacy association. 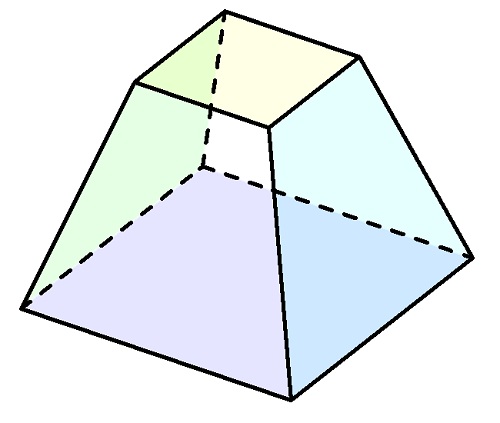 Living with your frustum

David Bowie left behind an estate worth about $100 million.

And there were perhaps five hundred musicians of his generation who were at least as successful. From Brown to Dylan to Buffet to Ross, there were thirty years of big hit makers.

That’s the top of the pyramid. Lots of people tried to make it in the music business, and there were many thousands at the top, hitting a jackpot.

In geometry, a pyramid without a top is called a frustum. Just a base, no jackpot.

The music industry is now a classic example…

And the top is narrower than ever.
Fewer hit-makers creating fewer long-term careers.
Radio is less important, shelf space is less important, and so the demand for the next big hit from the next reliable hit-maker is diminished.
Without Scott Borchetta or someone similar leading you to the few sinecures left, it’s almost certain that you’ll be without a jackpot.

A similar thing happened to the book business, of course.
The big bookstores needed a Stephen King, a Jackie Collins and a Joyce Carol Oates, because they benefitted from having something both reliable and new to put on the shelf.
Printing a lot of copies and using a lot of shelf space is a gamble, best to bet on the previous winners.
The ebook world doesn’t care as much.

The long tail, easy entry, wide distribution model does this to many industries.
It’s easier than ever to be a real estate broker or to run a tiny dog shelter–easier, but harder to get through the Dip.

While the winner-take-all natural monopolies get the headlines and the IPOs, it’s not surprising that many industries are frustrating frustums.

The frustration, though, doesn’t come from the lack of a top to the pyramid.
It comes from acting as if the peak is the point of the entire exercise.
For more on this, check out Derek Siver’s honest and generous book.

While I was reading these words of wisdom it dawned on me that the thrust of these words matched the state of affairs that community pharmacy currently finds itself in.
There are no “stars” at the “pointy-end” of the pharmacy frustum and the top end of its frustum is getting closer to its base because of a lack of leadership vision.
The two points that Seth Godin makes are that to be a star, you need to push through what he calls “the dip” which was his terminology for the time lag that occurs between setting your vision and pushing through to success.
You tolerate the time frustration because you can actually “see” what has to be done – but it is a hard time.
The Dip will be a time of frustration, but it is a necessary stage that has to be pushed through for any product or service to be delivered into the market place.
That will create a uniqueness which will differentiate your pharmacy to others, and launch your rising star possibly becoming the point of the frustum – and the leader that others will try to emulate.
For others, developing digital tools and refining work flows and basically improving on what you already have, is a satisfactory strategy to “hold the fort” and be paid adequately for the work performed for patients and customers.
You will at least be part of the membership of fellow pharmacists forming the top of the frustum, but never at the apex point.

Already we are seeing some new apps and systems emerging for Australian pharmacies, even an event – a “hackathon” titled PharmHack  – a pharmacy first that is set to be delivered in Sydney next April.
You can book your place at this event from their website at http://www.pharmhack.com.au/

A hackathon is a weekend event where people with an idea, designers and tech developers come together to build something really innovative in a very short space of time.
It’s the fastest way to build a potentially game-changing product/business and test it without the risk.
Hackathons are a great way to innovate & develop prototypes.
Most other industries in Australia have already run them, and one wonders why they have not appeared before in pharmacy.
Perhaps it is because pharmacy leaders do not value alliance partnerships as one means of being creative leaders, so politically oppose creation and innovation.

PharmHack is the brainchild of Australian pharmacists & industry experts who are tired of the status quo and want to catalyse a new wave of change in the pharmacy industry.

This could be a real stimulus for a range of new ideas that could generate activity and thought leadership with the current top level of frustum participants.
You may be one of those participants, so even if you are a not an experienced “maker” you can go along just for the ride and absorb some of that innovative energy.
Once the process starts, a few “stars” may begin to fill up the frustum to a higher level and energise the entire structure.
It is an idea worth supporting

Unfortunately, for those who do not make any effort at all, the future is bleak and the possibility of going under water, even drowning, is very real.

The bottom of the pharmacy frustum has been getting wider and wider during the last 20 year pharmacy cycle, which bottomed out in 2012.
No soft landing because it also coincided with the end of the PBS product life cycle, which is just another commoditised product able to join the ranks of a loss leader supermarket product range.

The necessary change to alter the PBS product to a new format will not come from government, so the investment will have to come from community pharmacy itself.
That is where many small value added systems and services can come to life, using the PBS as a fulcrum only.
The main game will be to create a balanced core business that will comprise more private professional business and reduce reliance on PBS, which is really your original dispensing business hijacked by government and manipulated to their purpose, which no longer aligns with your business objectives.
It also demonstrates that government is not really into health.

The “know-how” to drive this change has also to be developed and delivered regionally if any progression is to be sustained.
This will not necessarily be forthcoming in a format appropriate to need, but enterprise will spring up in unexpected places and maybe that will become the driver for change.

Harnessing that new enterprise and spirit so that it can be synergistically aligned will be the pathway to generate true value.
Of course that tends to decentralise existing leadership but it also has the potential to stimulate a centralised-decentralised partnership model which is a two-way communication and control.
Now that might just work.