Influential shareholders of Woolworths are seeking to invite Roger Corbett, the nemesis of Australian pharmacy, back into the fold as chairman.
They say:

“Woolworths needs a circuit breaker.
Given the way Woolworths has lost direction and given the loss of shareholder value, there needs to be accountability – what’s needed is a circuit breaker to sort out the best way forward.
Corbett would know instantly where the problem is and what should be done.
I’d put this forward not as a career chairman but as a short-term chairman to sort things out for whatever period might be required.” 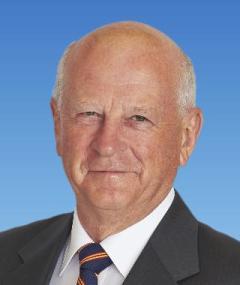 Corbett has been carefully planning succession to his current position of chairman of Fairfax Media Ltd citing very early in the process that his tenure and age are the reasons he will step aside.
Corbett is due to step down as chairman of Fairfax Media in August 2015 and the offer from Woolworths may prove to be ideal for his circumstances coupled with a change in the pharmacy political landscape and pharmacy’s systemic weakness.
It may be too tempting for him to refuse because it will allow him to complete unfinished business regarding pharmacy ownership rules.

Other positions he has held/holds include:

However, i2P is convinced that Corbett really has some unfinished business to attend to, and that is for Woolworths (and other supermarket chains) have ownership of pharmacies.
Just look at the list of strategic directorships and memberships he holds or has had an association with.
The most prominent is Wal-Mart, one of the world’s largest retailers.
Woolworths and Wal-Mart have already negotiated a “working partnership agreement” with Woolworths offering to facilitate Wal-Mart into the Australian business landscape.
Wal-Marts are evolving into “health-oriented supermarkets”, and for that strategy to be successful, they need to own pharmacies to achieve a desired level of integration and control.
Note also the list of pharmaceutical and medical academia-type positions he holds.
He is capable of exerting influence across a large range of health issues.
At the time of his appointment to the Mayne Pharma Group Ltd, i2P commented then that we had not seen the last of Roger Corbett and his pharmacy aspirations.

Roger Corbett, who is a member of the Liberal Party, is a very careful strategist and it would be difficult for Corbett to pursue his pharmacy strategy while involved with Fairfax, given that the Murdoch media group is the chosen media partner for the Coalition side of politics – to promote Coalition policy and to disrupt political “blocks” such as the Pharmacy Guild of Australia (PGA).
The recent spate of adverse media coverage for pharmacy is no accident – just part of a process to align all of the “stars” into an advantageous position.

Roger Corbett last disengaged with Woolworths using a similar but careful approach to succession, and he was retained as a consultant for some time after his resignation from the board of Woolworths.

The trigger for the approach to Corbett to return to Woolworths was the fact that for the first time in its history, Woolworths has lost market share and its sense of direction.
The competition provided by Aldi and Coles has been substantial and from my perspective, it is good to see that Woolworths has the occasional “punch on the nose” to slow down its predatory nature.

Aldi has always been admired by i2P as being a well-managed global food business that sets achievable targets and actually achieves them.
Their “Like brands, only cheaper” marketing approach is a simple and sensible approach to the retail market place, and is a strategy that could be emulated by pharmacy.
Discount pharmacies basically favour established brands and ensure they sell them well below the retail price that the average community pharmacy can sustain, which creates loss of market share for community pharmacies.
But a strategy driving quality brand equivalents and highlighting the fact sets up a valid alternative strategy, and Aldi is a superb illustration.

Aldi represents a genuine alternative for a consumer and it is able to sell its products at a reasonable margin that ensures cash flow is maintained, as well as providing opportunities to increase market share.
Pharmacy seems to only now be looking at such strategies because their marketing strategists have not really studied trends and kept up with the complexities of the pharmacy market.

Don’t expect that the 6CPA gives any degree of certainty – it doesn’t.
And that uncertainty just increased 100 fold with the return of Roger Corbett to the Woolworths fold.
His objective will be to create Woolworths to become a health-oriented supermarket in the same mould as Wal-Mart.
That thinking will involve attacking pharmacy ownership rules.

However, as a precursor to all this we have seen, and will continue to see, Chemist Warehouse (and other discount pharmacies) work on the location rules.
It is no accident that pharmacy location rules are being investigated within this five year term of the 6CPA, and that the outcome will favour discount pharmacies first, and Woolworths’ supermarkets at the point where they have defeated pharmacist ownership legislation (estimated to be 7-9 years from today).

Sussan Ley was easily able to appear to give a benefit to community pharmacy through the 6CPA, because she really needs another five years to get all the “stars” aligned.
Her successor, even one from the “other side” will not necessarily change things.

When Roger Corbett was originally at the helm of Woolworths and creating political pressure on community pharmacy in respect of ownership, many discount pharmacy owners were looking to sell their businesses to Woolworths.
Maybe they are one of the “stars” re-aligning as well, but some may have changed their mind, given that their market share increases and cash flow consolidation may have improved, also that the 6CPA may result in better returns (at least in the short term) from the PBS.

So it’s a very fluid market once again with no relief of pressure anywhere in the pharmacy system.
The Pharmacy Guild of Australia will now find itself in a very precarious situation if it cannot guarantee support of all pharmacists (not just its own members).
Currently, there seems to be no overtures to establish clinical-pharmacist services within pharmacies, and providing an expert oversight of those services.

In our next edition of i2P we will be talking about Wal-Mart philosophies, strategies and aspirations, so that pharmacists recognise what they will have to deal with.
Wal-Mart is trying to “own” primary health care and monopolise this important market.
Their weakness is that they still view primary health care in terms of low price, rather than a quality of service. But that will still give them a wide scale (much like Chemist Warehouse compared to community pharmacies).
So it will be possible to compete using the “Like brands, only cheaper” Aldi approach to create a point of difference.

Roger Corbett as a member of Wal-Mart’s Committee involving strategic planning and finance, is already front and centre of Wal-Mart ambitions to become a fully integrated health-focussed retail environment that will lead primary health care, and do it independently of government agencies or controls.
In the US they are fortunate to own pharmacies and they are well on their way to being fully integrated.
As chairman of Woolworths once more after August this year, Corbett’s job is to align all of Woolworths’ philosophies, values and strategies.
It’s hard to believe pharmacy is not on the agenda because it is part of his DNA – he has never left that concept (only dropped it temporarily within Australia).

And while Corbett has helped to develop Wal-Mart’s health supermarket strategy, why wouldn’t he adapt all this intellectual capital and strategy to an Australian setting, given that Woolworths is already an alliance partner of Wal-Mart.
Believe me, Roger Corbett’s aspirations for Australian pharmacy ownership have never stopped – just re-routed to a different direction until the political climate changed.

The quality of pharmacy professional services will also be important as supermarkets feel more comfortable with something they can “commoditise” and deliver with discount prices.

The other aspect is that retail pharmacy clinics are currently showing explosive growth in the US and attracting attention from doctor investors as well as other financial investors.
But nearly all of these clinics utilise nurses exclusively.
Will an Australian version provide job opportunities and train pharmacists to deliver a primary health care role?
Australian pharmacy has the opportunity to deliver clinics and specialty services featuring pharmacists as sole contractors or in collaboration with other health professionals, such as nurses and other allied health professionals.

Unless Australian pharmacy leaders and their organisations quickly kick themselves into gear, we are going to miss the boat once more.
In particular, the PGA must re-align itself to be friendly and supportive to all sectors of pharmacy.
Otherwise, when they find they may need a clinical pharmacist in the future, they may have to compete with Woolworths to attract one.

Pharmacy has one major weakness that may see the profession consigned to supermarkets – and that is its fragmentation.
And it is the fragmentation of pharmacy DNA that I am talking about, which is further described as a fragmentation of values causing a divided culture, which can only be healed by true leaders.

All pharmacists (owners or otherwise) – get ready for the survival fight of your collective lives!