The fast food industry is rapidly moving to replace employees with robots to eliminate payroll, health benefits and human unreliability.
It will prove to be a template for pharmacy evolution and it’s under way right now.
Also, it’s very likely that, within your professional lifetime, you’re going to see a huge revolution in robotics.
It has already started in the dispensary and 2016 should see sales volumes of robotic dispensers increase rapidly.
In many ways, this technological revolution will be a very good thing for humanity, but in some ways, it will be a very bad thing.
It will be totally disruptive to pharmacy because there has been limited planning for this change – one of drug dispenser to knowledge dispenser. 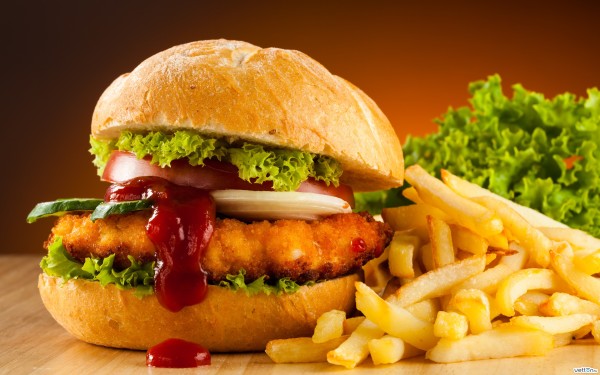 As usual, government will claim the productivity increase through continual pressure on the PBS returns, already approaching zero and looking like a commoditised section of a supermarket.

The dispensary contains the highest cost labour, and that labour has to be reallocated for a financial return from knowledge services.
That will place us in direct conflict with the medical profession, which is why they are scrambling to the top of the “patient centred home” shortly to be introduced by Sussan Ley, Minister for Health.

There is little question that the Age of Robotics will make life easier for humans, make companies more efficient and profitable, and advance certain technologies beyond anything we can comprehend today.
But in the process, these advances will mean massive job losses and, in fact, many jobs that exist today will at some point in the future become obsolete.
If that is not worked on by our leadership organisations it could lead to the total breakdown of the pharmaceutical profession.
It’s not just a fanciful theory, and we are in transition right now!
i2P has called the lack of action by pharmacy leaders as deplorable, but is it because we have leaders that lack vision and are locked into conflict of interest relationships with politicians and bureaucrats?
We need a revolution of “bottom up” community pharmacy leaders to rise up and instruct their leaders in what is needed.
The pyramid must reverse itself.
In the US the CEO of Carl’s Jr. and Hardee’s  has been inspired by the 100-percent automated restaurant Eatsa  after having visited the place, and it has given him some new ideas about how to deal with the issue of government-mandated minimum wage increases.

“I want to try it,” CEO Andy Puzder told Business Insider (BI) of his plans to add more automation to his restaurants.
“We could have a restaurant that’s focused on all-natural products and is much like an Eatsa, where you order on a kiosk, you pay with a credit or debit card, your order pops up, and you never see a person.”

If you follow the Eatsa link you will note how easily the fast food process could replace pharmacists and dispensary technicians.
And the pizza industry already have an app for tracking home delivery that pharmacy could well emulate.

Puzder says his interest in restaurants that are free of human employees – which he adds would only be possible if the company found the time to research and test the concept while Hardee’s works on expanding in the northeast – is being driven by government mandates that he pay employees wages above and beyond what their qualifications would otherwise demand.

I can hear the above words resonating in my ears as if spoken by Stephen King, the chair of the Review Committee currently deciding the fate of community pharmacy.
This industrial economist can only measure productivity derived dollars and lowest cost.
He will never understand the human cost and loss of empathy and care that government does not pay for, and industrial economists are oblivious to.

“With government driving up the cost of labor, it’s driving down the number of jobs,” Puzder told BI.
“You’re going to see automation not just in airports and grocery stores, but in restaurants.”

I can see this problem occurring within the PPA pharmacist’s union who are seeking to drive up wages without the ability to provide additional value.
PPA needs to be active in developing knowledge-based clinical services and ensure their membership can include contractor service businesses advocacy.

In the US, Puzder – who will no doubt be vilified by some elected officials and others who push higher minimum wages as a political issue and who have never had to make a payroll of their own – is one of the most outspoken advocates against minimum wage increases.
He has written a pair of op-eds in The Wall Street Journal describing what forced wage increases are leading to – less overall employment.

Is not that situation also arising within Australian pharmacy?
Average pharmacist hourly rates falling and no useful marketable skills being developed by individuals.
Between academia, the Pharmacy Guild of Australia, the PPA and the PSA there has been no concordance or future planning – just dog-fights and a tenacious clinging to outdated policies.
With each doing their own thing, in their own way, in their own time, blocking innovation from their membership “bottom” and regarding anything outside of the box as competition that has to be squashed at all costs.

“This is the problem with Bernie Sanders, and Hillary Clinton, and progressives who push very hard to raise the minimum wage,” Puzder said.
“Does it really help if Judy makes $3 more an hour if Jasmine has no job?”

“This massive social change is coming”

But pushing the issue might help one of those two be elected president, even if it makes it more difficult for American companies and small businesses to afford labour.

So Puzder and others in his business are not sitting around waiting for the shoe to drop.
They are already eager to invest in automation, the end result of which will be fewer overall employment opportunities for some  Americans with the least amount of marketable skills.
“If you’re making labour more expensive, and automation less expensive — this is not rocket science,” Puzder told BI.

i2P has already advised over most of 2015 that community pharmacies invest in robotics over 2016.
But do it thoughtfully and decide what you will do with the displaced staff – both pharmacists and technicians.
Further, collaborate with your competitors and unite in a range of “think tanks” because when it comes to understanding pharmacy, you are the experts.
Collectively you can manage the future if you research and innovate,

That said, and though there are financial benefits, automating the restaurant business is not an easy process.
For one thing, the technology has to work all the time, and at present, Puzder says he doesn’t think a machine is capable of taking over all of the nuanced kitchen work performed by Carl’s Jr. and Hardee’s employees.
But for rote tasks like burger-grilling and order-taking, technology is actually more accurate than human employees.

“They’re always polite, they always up-sell, they never take a vacation, they never show up late, there’s never a slip-and-fall, or an age, sex, or race discrimination case,” Puzder said when discussing the benefits of swapping machines for workers.
In Australian pharmacy terms this may mean staff will remain to input prescriptions until the e-prescription service is perfected and at the other end, professional advice.

This massive social change is coming, there is no stopping it and governments are too inept, slow-moving and in some cases outdated to do anything to mitigate it.

I can see the similarities within the Australian health system to that of the US– the turf fights, the government decisions being made without reference to the real workers at the coal face and now the umpteenth review committee seeking to flog an overworked pharmacy system and call it competition.

Care is not a commoditised quality service that can be reduced to the status of a roll of toilet paper.
Patients will reject that process, but by the time that government wakes up to pharmaceutical care being at least half of the healing process, the industrial economists will have sailed on wondering what all the fuss is about and why human health keeps failing.

Global Pharmas are already thinking in terms of direct to consumer information services, and plugging in to robotic systems
They have already written software and are prepared to gift (bribe) health professionals (pharmacists and doctors) to allow them to use your patient communications channel.
That process will eventually lead to carefully crafted messages that will hijack your relationship with your patient.
Be warned – don’t be seduced.