You never get a second chance to make a first impression.
Truer words were never spoken.
Oftentimes, first impressions determine whether you will even get to make a second impression.
We can all recall first meetings that we wish we would have handled differently.
What did we learn from those experiences?
“Psychology Today” magazine gives a few pointers for getting off to a good start when you’re just meeting someone. 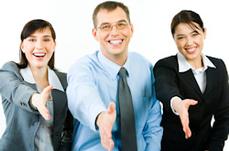 When you’re having a conversation with someone you’re meeting for the first time, you should encourage the other person to talk about him or herself instead of trying to make yourself the center of attention.  For example, the person you’re conversing with is telling you about a trip he or she just took, and that brings to mind a trip when you got terrible service.  You think it’s a great story, but experts warn that you should think before you open your mouth to share such anecdotes.  When you meet someone, you don’t know what kind of impression this type of story will leave.

Also, try to mask any anxiety if you can.  If you have the jitters or talk too fast, you might cause the other person to roll his or her eyes at you.  Again, try to keep the focus on the other person, but be careful that you don’t come off as an interrogator rather than a conversationalist.

What if you are meeting someone for the first time when you are in a bad mood?  Experts suggest you fake your way through the experience.  But isn’t it better to be honest and be yourself?  No, they say, because when you are first meeting someone, instead of seeing this as just a passing mood for you, the person may incorrectly conclude that you tend to be a negative person.  See if you can find something positive to talk about.  If not, apologize for your temporary trouble and hope the other person will give you the benefit of the doubt.

First impressions never count more than during a job interview.  A recent CareerBuilder.com survey of over 2,700 hiring managers uncovered some common mistakes – and a few humorous stories.

First, here are the mistakes they noted.  Asked what kind of no-nos they’d witnessed during interviews, the hiring managers named these blunders:

The winners/losers in the “Hall of Shame” category included:

Much of that first impression is based on your body language.  If you want to be seen as a leader right away, show that you mean business in a firm and friendly way.  Raise your eyebrows briefly upon meeting someone.  It’s a subtle, powerful signal that conveys a positive impression, and it takes just one-fifth of a second.  Eye contact sends the signal that you’re interested in what other people are saying.  Just be careful not to cross the line and stare, as that would make you seem confrontational.   Return handshakes appropriately.  Keep in mind that a limp handshake signals a wimpy image, and a crushing grip seems overly aggressive.  Stand tall.  Good posture says you’re self-assured and trustworthy.

Whether you are looking for a job, meeting a customer for the first time, being introduced to your future in-laws or getting acquainted with your new neighbors, don’t just put your best foot forward, let them see your best self.