In our last edition our lead article COSBA Support for Pharmacists Owning Pharmacies may not have attracted your attention and the significance of a different type of threat to the survival of pharmacy.
We were interested to note that at least one pharmacist was alert to these circumstances and posted to the Auspharmlist Bulletin Board who noted that the trio of Woolworths, Coles and the SDA union has spread its tentacles further:

“That the influence of the duopoly, large shopping center management groups and the SDA (union) reaches into areas like superannuation, Fairwork Australia, local councils, and of course political parties.

“Check out how supermarkets have an EBA with the SDA allowing lower penalty rates than other small business like Pharmacy that might otherwise compete with them. Apparently the SDA has problems recruiting in small businesses and is happy to trade away its members’ rights to increase its membership base within Colesworth.

Consider that local governments are lobbied and cajoled into allowing mega malls to be approved, directing public transport and traffic away from street frontages and local shops.

Against this form of progress stands the humble Community Pharmacy, keeping small neighbourhoods viable, protected for now by location rules and ownership restrictions (when not being gamed).
(contributed by Michael Khoo)”

Other industries e.g. the security industry, appear to be following a similar business model whereby small security operations are blasted out of the water with very high award penalty rates that larger security companies are able to avoid by entering into union backed agreements.
This has the same effect as the Colesworth situation, with Fair Work Australia aggressively attacking small businesses who are unable to gain support for a fairer EBA.

The extent as to how far this type of corruption has infiltrated the business landscape was illustrated by the recent Bill Shorten revelation that he had not disclosed a $40,000 political donation that underwrote his 2007 campaign.
The non disclosure was the minor part.
He was negotiating an EBA agreement simultaneously with a labour hire company – the same company that made the actual donation.
Conflict of interest is or should be apparent to all, and I believe this would be the main reason for Shorten’s forgetfulness. 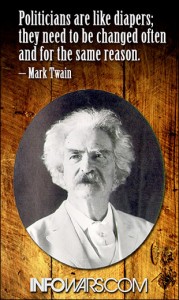 Calls are being made currently for the resignation of Bill Shorten as ALP leader by senior ALP members and media commentators.

That this unethical business model has at least existed since 2007, one can only begin to wonder at the full extent of these activities and the operations they have infiltrated or influenced.
Certainly it has created a new form of unfair competition that needs addressing by a body such as the Australian Competition and Consumer Commission (ACCC).

i2P believes in fair pay rates for Australian pharmacists and pharmacy staffs, but they need to be competitive as for other industries.
That they are not should be a concern to both employers and unions who need to eliminate the conflicts of interest that have arisen and caused the problem.

While serendipity may have intervened to illustrate and reinforce a Pharmacy Guild of Australia (PGA) platform in respect of location rules and pharmacy ownership, there is no reason that the above should not become valid arguments for PGA in their review to be conducted under 6CPA.
It neatly dovetails with the argument that personal ownership of pharmacies remains one of the most trusted institutions within Australia and the “real-life” illustrations of how big business coerces even unions and politicians to take decisions against their members or constituents – a drama that is beginning to unfold before our eyes.

It has also been known by pharmacy observers that pharmacies are one of the key components of a shopping strip or a shopping mall.
It is also the main reason supermarkets within Australia want to own pharmacies, because they represent a destination point that can be manipulated for profit that benefits the entire inventory of goods and services of that supermarket.

One of the world’s largest retailers, (Walmart) has already identified pharmacy and preventive health as the “core” of their business. Traditionally, pharmacy has been hidden well down the “food chain” within a Walmart environment.
Now, it is a “star performer”and its entire perspective and belief system altered to conform to the supermarket world view.
And so was born the “integrated supermarket” that uses pharmacy as a fulcrum and leverages “health” through to other departments within its environment.
That Walmart is a US company that is legally able to own pharmacies in its own right, makes the development of such a model a more simple process.
That a supermarket owes its only allegiance to its shareholders means that health will become more commoditised and never be to the full benefit of patients.

Walmart has been able to develop this new supermarket model with the help of an influential Australian director, Roger Corbett.
It is my belief that the stage has been set for the return of Roger Corbett to the board of Woolworths in August this year.
It is also my belief that he will introduce the Walmart model of pharmacy progressively over the five years following his appointment and in parallel with the new 6CPA agreement.

I believe that this time period will turn out to be the most vigorous fight that pharmacy has ever fought to retain its independence, integrity and direction.
And it does have a chance of winning through provided pharmacy leaders create harmony within the profession and adjust to a new “balance of power”.

The PGA will need all the help it can get and all of pharmacy needs to march in step with the same beliefs.

It is interesting that the Australian Pharmacy Liaison Forum (APLF) has begun to evolve into the potential of being a genuine “Think Tank” for the entire pharmaceutical industry.
For the first time pharmacy has an organisation that can represent the “beliefs” of the entire pharmacy infrastructure.
It can be the curator for pharmacy culture, its direction and its development.

And this piece of the jig-saw needs to be promoted, nurtured and valued by all pharmacists as they assume and become the strategic wing of the profession.

With a united will, pharmacy will survive.

If not, the conflict of interest that is now destroying Bill Shorten’s political future will have the same effect for the PGA.

The lesson is very simple for PGA.
Get rid of all conflicts of interest so that we can all support you…and our own survival!