American mathematician Norbert Wiener had a reputation for being a little absent-minded. According to one story, when his family moved to a new Massachusetts home, his wife insisted on supervising every detail of the move because she couldn’t depend on Wiener to remember the important details – like their new address.
Wiener went to work on the day of the move with a piece of paper his wife had given him; on it was written his new address.
During the course of the day he used the paper to work out an equation and then discarded it.
At the end of the day Wiener returned home to his old address, now an empty house.
At the door he suddenly remembered that his family had moved, but he had no idea where his new home was.
Spotting a little girl riding her bike down the street, he called out, “Excuse me, I’m Professor Norbert Wiener, and I’ve just moved. Would you by any chance know what my new address is?”
The young girl replied, “Hi, Daddy! Mom said you’d forget.” 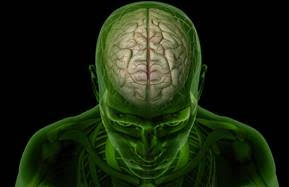 According to Wikipedia, memory is the faculty of the mind by which information is encoded, stored and retrieved.
The good news is that memory can be improved.
There are many ways that you can train yourself to have a better memory.
Like every other skill, it takes practice and a commitment to improve.
Many of my friends think my memory is terrific, but they don’t know my tricks.
Like most people, I forget 50 percent of what I hear within hours, so I make a point of writing things down.

I also have a special phone dictation line at my office.
I can call it 24 hours a day, seven days a week and leave all sorts of messages, letters, notes and so on.
And I don’t go anywhere without my iPhone, paper and pen.
I am constantly writing myself notes and leaving them where I can find them.
I’ve been known to put notes on my steering wheel and dash in my car, on my office chair and phone at work.
I put them on the floor by my bed so I see them when I wake up in the morning, on my bathroom mirror or in my sink.

Name association is another arrow in my quiver.
When I meet someone and want to remember their name, I associate names of other famous people with the same names and repeat them over and over to myself.
Similarly, to help me with phone numbers, I think about how I can connect the number to a significant date or event.
Repetition aids retention.
I repeat things over and over, which helps me remember names, phone numbers and key statistics.
Also I’ve learned that if I write things down enough, I will remember them.

Here are some of the health strategies participants worked into their daily routines:

Up until about 10-15 years ago, it was believed that we were born with a fixed number of brain cells that eventually died out.
Now scientists know that brain cells regenerate throughout our lives.
And one thing seems clear: To keep the sharpest memory you can for as long as you can, get moving.
Aerobically, that is.
Studies have shown that people who engage in aerobic exercise perform better cognitively and show increased brain volume.
In another study, participants who exercised showed lower rates of dementia.
That’s because exercise actually encourages neuron generation in the part of the brain that processes memories.
Back to the absent minded professor.
He observed to a colleague, “People attach much too much importance to memory.”

“I disagree,” said his colleague.

“Disagree with what?” asked the professor.

Mackay’s Moral: Pale ink is better than the most retentive memory.