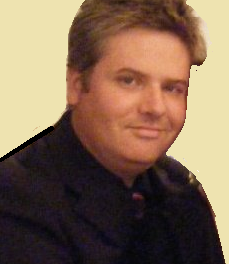 A few years ago I read a biography on the life of Joseph Stalin.
The story of how Stalin rose to power and then ruled Russia with an unrelenting grasp for thirty years was quite an interesting read.
Despite all his paranoia, ordered executions and sending millions to the gulags it is an interesting fact that Stalin was responsible for deaths of many more people through starvation than through his purges.
Ultimately Stalin’s delusional belief that he could singlehandedly manage an economy servicing 150 million people was much more damaging than any deliberate actions he undertook.

The Twentieth Century put the competing economic ideologies of Capitalism and Communism head to head in a high stakes experiment.
Although to an idealistic youngster, the well-meaning principles outlined in the Communist Manifesto seem infinitely more benevolent than the libertarianism of Ayn Rand, the principles of Capitalism have proven far more effective at resource allocation and bettering at least the material lot of humanity.

The clearest image I took away from the story of Stalin was not the politics, purges or Gulags but the image of thousands upon thousands of rusting tractors in the countryside.
Stalin had set up base in a summer house in the countryside and worked away feverishly with his inner circle there developing and then implementing the first Russian five year plan.
Stalin observed that Russian peasants were ploughing their fields using oxen and manual labour, but that more prosperous countries were using tractors as the backbone of agriculture. Stalin declared that tractors must be supplied to Russian peasants and set up a factory to manufacture them.
He engineered the tractors well enough and then distributed them to the peasants with relative efficiency.

Unfortunately Russian peasants had no idea how to use tractors and the few that managed to get them to run did not know how to maintain them.
Russian peasants continued to plough their fields using oxen and manual labour, and to this day the rusting corpses of the numberless tractors still litter the Russian countryside.

I think there is a lesson to be learnt here about the large-scale roll out of Pharmacy Professional Programs funded by Government money and rolled out centrally by the Pharmacy Guild, Pharmaceutical Society of Australia or any other central body.
Throwing money at a problem and not harnessing market forces is likely to produce a poor result.

In my opinion individual provider numbers for Pharmacists are the key to tapping into the unique clinical knowledge and experience of individual pharmacists.
Provider numbers would allow individual Pharmacists to generate income for a particular community pharmacy, a General Practice or their own consulting business.
Innovative business models could be developed to service remote communities using emerging technologies such as telehealth.

Most Accredited Pharmacists currently have provider numbers.
There are no regulatory issues to opening up more item numbers that can be claimed by these Pharmacists to maximise the unique talents of each of these Pharmacists to serve their communities though services approved by the Medical Services Advisory Committee.

I am no economist and am sure there are many other ways the market can be harnessed to best deploy clinical Pharmacist skills.
I do fear though that proposals such as that by the Australian Medical Association to place Pharmacists in medical centres with payment of standardised Practice Incentive Payments by the Commonwealth make me think of Stalin sitting on his veranda in the countryside ordering tractors.
We need to put the mechanisms in place to ensure that each Clinical Pharmacist produces a bumper crop, not have them sitting in the field while everyone goes on ploughing their fields using oxen.