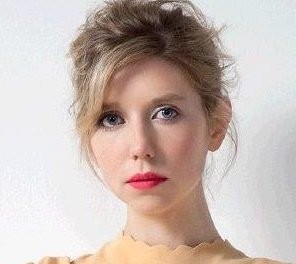 Monica Wulff is the co-founder and CEO of Startup Muster, the largest survey of Australian start-ups. It aims to showcase the opportunities, progress and challenges in the start-up ecosystem. Having worked at the Australian Bureau of Statistics and previously founded a start-up, she has been able to combine two passions into one company. Monica is passionate about all things start-up and keeps engaged with the community through organising and mentoring hackathons and, actively participating in them. She has a keen interest in health having previously worked for AstraZeneca Australia and having the use of data and technology; gaining commercial experience in using data to improve health outcomes.

Editor’s Note: I have been building a resource on practical examples of collaboration that could act as a model and be absorbed into the pharmacy ecosystem.
It was obvious to me some years ago that the process of collaboration is more than welding a clinical pharmacist to a GP’s hip and turning them loose into primary health care- not necessarily with each pulling in the same direction.
During some random Internet research I came across this article written by Monica Wulff, which describes a model of collaboration that I think would best suit as an adaptation for pharmacy.
More a way of life, and concentrating on all relationships and being open to accepting all people we meet, or could meet, in our daily life engagement.
I asked Monica if we could republish her article, and she agreed.

What is Israel’s secret sauce?  How has it been able to set itself apart from all the other countries grappling to understand and harness innovation and technology?
These were the kind of questions and thoughts I was armed with as I joined the Australian Israel Chamber of Commerce Women Leaders delegation in May 2016.
I was intrigued and excited, fuelled by the opportunity to see what makes Israel’s high-tech startup scene tick.
The ecosystem in Israel is vast and multi-layered, this piece focuses on one part of a complex tapestry.

And so it began…

16 hour days of presentations, pitches, networking events and chatting on the bus in between venues.  By day 3 some things I had heard about Israel prior to the trip started to shine through; discussions always circled back to the army, the history, their focus on family and education, their necessity to create value through their minds and to think globally.  This wasn’t some branding rhetoric it was fact, it is their experiences.

Collaboration sung out as a major contributor to the success of this country and its high-tech community.  Whether we were discussing the commercialisation of IP developed by researchers at universities, to a mayor of a municipality working to diminish social inequality or to an accelerator aiming to provide its startups with the best possible outcomes, it all came back to collaboration.

Yes, Israel collaborates but how are they able to do it so effectively?

Collaboration isn’t a set of activities you undertake with others every now and then, a tick the box endeavour where your overriding intention to get something out of it outweighs the motivation to contribute. It isn’t a deviation from your regular state of being where you can pinpoint collaborative activity at certain periods of time.

Collaboration is a mindset, an appreciation that we’re all interdependent and an awareness that engaging with others can yield positive outcomes for all involved across the short, medium and long term.

In the City of Tel Aviv the council wanted to ensure that the community was involved in the decisions being made about their city so they developed an app called DigiTel.  One of the functions of the app allows citizens to interact with the various municipality departments.  The app is a smart city initiative led by their municipality, but it wouldn’t be successful without the involvement of the community.

The ability to network effectively (across ages, socioeconomic groups, professional expertise etc) is aided through the fact that Israel isn’t a hierarchal structure, even in the army it isn’t a ‘spit & polish’ system.  They recognise that each person is valuable which limits unconscious societal biases. Rather than looking up to see who they next need to impress, talk to, aim for, they spend their time looking around.

In the case of age or professional experience, they see the value in their youth and nurture their development; utilising their own experiences and networks to assist them in moving forward.  They are not intimidated by the professional appetites of their youth, they are impressed by them.

One example of where multigenerational networking experience is at the weekly Shabbat dinner.  Families and friends convene, discuss, assist and share their lives and their food with each other.

Whether networking begets collaboration or visa versa is irrelevant, what is relevant is how interdependent they are.

Through effective networking (not allowing preconceived notions or bias dictate who you speak to) you’re opening yourself up to that all kinds of people, their experiences and their networks.

The mindset that each person is valuable and shouldn’t be underestimated is exemplified in Israel. This openness to meeting anyone and everyone and sharing about yourself is the catalyst for collaboration.

Each lunch, dinner, meeting during the delegation was fuelled by an energy to discuss.  We weren’t just simply being pitched at, the people that we were meeting were just an interested to get to know us.  Question after question after question at times it was hard to veer the conversation back to them.  This inquisitive nature ensured that even the most shy and network-phobic person would be engaged in conversation.

This openness to discuss ideas also increases the pool of people with whom you could broker a relationship.  Not only do you have a willingness of people to hear what you’re doing and entertaining what’s in it for them, you’ve also got a larger group of people to have that discussion with, all of which is music to a startup founders ears.

Hadasit, the technology transfer branch of Hadassah Medical Organisation (HMO) revenue share split from research commercialisation is a prime example of an alignment of incentives. Revenue is segmented in a way that 40% goes to the inventor, 20% goes towards research and 40% to the institution.  In this case all components which lead to research being commercialised receive a reward for doing so, the incentives increase the probability that all will take part and the probability of further interactions in the future.
The dark horse in all of this is consistency! Just like you can’t get a 6 pack from going to the gym once, you can’t develop cultural attributes without a concerted effort to exemplify them. Consistent opportunities for people to engage allows for relationships to form and people to develop a vested interest in each other. That depth of connection further incentives those involved to assist each other; it is a mutual alignment of goals to see each other succeed.

Shabbat offers a consistent opportunity to catch up, another example is the KIAH Organisation (Cracking the Glass Ceiling) which promotes young women going into STEM.  As part of their program the student (a teenage girl) meets with her mentor (a prominent business woman in STEM or a STEM related company) every 3 weeks for 3-4 years. The mentor values the development of the youth and recognises the need for more women in STEM and the student receives consistent guidance.

In Australia we speak about collaborating more, not fearing failure, managing risk better… we’re good at highlighting what we need to work on.  Moving towards effective networking and value-added collaboration is a mindset shift, completely unrelated to policy decisions, funding arrangements and deal flow.

You don’t need an MBA to do it, you don’t need permission, you can start right now.  It’s about challenging an existing mindset and entertaining that personal and professional benefits can ensue from choosing to be open.

A shout out to Gerd Leonhard, he’s done a lot in relation to ecosystems not egosystems, here I was thinking I was being original.