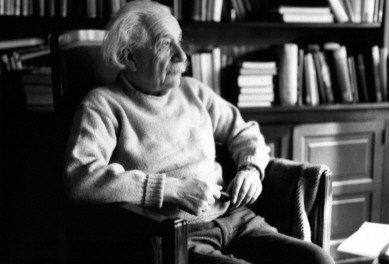 Recently, some personal records of Albert Einstein were released and more are being digitised for public access.
i2P is publishing some of this material because he was such an interesting man of science.
Albert Einstein considered himself a “loner” and did not believe in “free will”.
In August 1932, Albert Einstein wrote “My Credo” in Caputh, Germany, outlining his ideological and political ideologies during his final years in Berlin.
The original was handwritten in German, and entrusted to Konrad Wachsmann, the architect of his summer home.

At the end of September that same year, or perhaps the beginning of October, Einstein read his credo out loud and recorded it for the German League of Human Rights.
There are apparently just 10 of these original recordings, on vinyl, left in the world.
“The spoken word compared to the written word lets you feel the high emotional value and the depth of information of the recording – despite all the technical inadequacies and its shortness,” Hans-Josef Küpper writes at the Einstein Website.
“In this recording the great physicist and humanist shows his craving for truth, humanity and peace in an impressive way.”

That recording is in German, but if you want to get a good idea of what Einstein sounded like when he was speaking in English, head to Open Culture to hear a recording of him reciting an essay on ‘The Common Language of Science’, in 1941.

Below, you can find the English translation of Einstein’s credo, courtesy of the Albert Einstein Archives at the Hebrew University of Jerusalem, Israel.

And it pretty much goes without saying, but what a fascinating man.
Just last month it was announced by the Digital Einstein Project that the 80,000 documents left behind by Einstein are now being digitised so they can be freely viewed online by the public, and what we’re getting the opportunity to see because of it is precious.
A highlight is this letter from Einstein to Marie Curie in 1911, and, quite simply, it’s telling his esteemed colleague to ignore the haters.

It is a special blessing to belong among those who can and may devote their best energies to the contemplation and exploration of objective and timeless things. How happy and grateful I am for having been granted this blessing, which bestows upon one a large measure of independence from one’s personal fate and from the attitude of one’s contemporaries. Yet this independence must not inure us to the awareness of the duties that constantly bind us to the past, present and future of humankind at large.

Our situation on this earth seems strange. Every one of us appears here, involuntarily and uninvited, for a short stay, without knowing the why and the wherefore. In our daily lives we feel only that man is here for the sake of others, for those whom we love and for many other beings whose fate is connected with our own. I am often troubled by the thought that my life is based to such a large extent on the work of my fellow human beings, and I am aware of my great indebtedness to them.

I do not believe in free will. Schopenhauer’s words: ‘Man can do what he wants, but he cannot will what he wills,’ accompany me in all situations throughout my life and reconcile me with the actions of others, even if they are rather painful to me. This awareness of the lack of free will keeps me from taking myself and my fellow men too seriously as acting and deciding individuals, and from losing my temper.

I have never coveted affluence and luxury and even despise them a good deal. My passion for social justice has often brought me into conflict with people, as has my aversion to any obligation and dependence I did not regard as absolutely necessary. I have a high regard for the individual and an insuperable distaste for violence and fanaticism. All these motives have made me a passionate pacifist and antimilitarist. I am against any chauvinism, even in the guise of mere patriotism.

Privileges based on position and property have always seemed to me unjust and pernicious, as does any exaggerated personality cult. I am an adherent of the ideal of democracy, although I know well the weaknesses of the democratic form of government. Social equality and economic protection of the individual have always seemed to me the important communal aims of the state.

Although I am a typical loner in daily life, my consciousness of belonging to the invisible community of those who strive for truth, beauty, and justice keeps me from feeling isolated.

The most beautiful and deepest experience a man can have is the sense of the mysterious. It is the underlying principle of religion as well as of all serious endeavour in art and science. He who never had this experience seems to me, if not dead, then at least blind. To sense that behind anything that can be experienced there is a something that our minds cannot grasp, whose beauty and sublimely reaches us only indirectly: this is religiousness. In this sense I am religious. To me it suffices to wonder at these secrets and to attempt humbly to grasp with my mind a mere image of the lofty structure of all there is.”