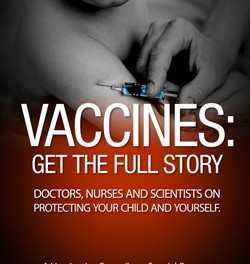 A publication from The International Medical Council on Vaccination

A recent vaccine cell line from China was developed from a 3 month old fetus that was deliberately kept alive after delivery, to harvest cells.
The researchers obtained the cell line from a group of 9 abortions which were deliberately carried out in a way that birthed a live fetus using the ‘water bag’ method.
This is usually reserved for late term abortions but was used specifically to speed delivery and ensure that the fetus’s organs were alive and the cells viable for harvesting and growing on in cell culture.

Fetuses are being aborted and kept alive afterwards for long enough to harvest cells for vaccine production.
This practice is now hotly debated and forcing medical consumers to take a position on the use of live abortion by the pharmaceutical industry.

All viruses used in vaccine production are grown on living cells, from animals or from humans, because viruses can only replicate inside living cells.
The animal and human cells that are used as a substrate to grow viral antigens are included in the vaccine and injected into the person being vaccinated along with the virus, and other ingredients.

Lori Metheson, a US mother, is among the many parents who stopped vaccinating their children after discovering that many vaccines are grown on cells from aborted human fetuses.
She feels so strongly about this that she fought in court for the right to avoid vaccines after her children’s father tried to force their use.
Many parents now feel strongly about this issue so why does the industry persist with a practice that is so ethically fraught? (1)

Human cells are used to grow viruses for vaccines to avoid the inherent risks of the animal cell lines that are commonly used in vaccine production.
These may, and in fact do, harbor undetectable disease risks, as the FDA readily acknowledges:

‘…the cell lines that are used might be tumorigenic, that is, they form tumours when injected into rodents. Some of these tumour-forming cell lines may contain cancer-causing viruses that are not actively reproducing.
Such viruses are hard to detect using standard methods.
These latent, or “quiet,” viruses pose a potential threat, since they might become active under vaccine manufacturing conditions.’ (2)

The SV40 simian virus is a case in point; it has been associated with brain tumors and was introduced into the human population when monkey cells were used to grow the polio virus. It is inter generational and now with us for good. (3)

The use of human fetal cells is not a new phenomenon.
They have been used in vaccine production since the 1960’s, beginning with the vaccine for rubella.

‘…Leonard Hayflick (also working at the Wistar Institute at that time) developed a cell strain called WI-38 using lung cells from an aborted foetus. Hayflick found that many viruses, including rubella, grew well in the WI-38…’ (4).

Then another foetal cell line, MRC-5, was isolated and developed for vaccine production, ‘The MRC-5 cell line was developed in September 1966 from lung tissue taken from a 14 week foetus aborted for psychiatric reason from a 27 year old physically healthy woman.’
This description is taken from sales material, reflecting the popularity this cell line still has with researchers and vaccine production labs. (5)

These historical aborted foetal cell lines are used extensively for production of viral antigens for human vaccines today, and viruses are even deliberately adapted to grow on them,

‘A further attenuated strain of measles virus, called AIK strain, developed by Makino and his colleagues at the Kitasato Institute, Tokyo, was adapted to human diploid cells (HDC), MRC-5….An attenuated strain of rubella virus, called Takahashi strain, isolated by Shishido at the National Institute of Health, Japan, was also adapted to HDC, MRC-5.’ (6)

Hepatitis A, Rubella, Varicella (chicken pox, for which the makers won an industry award for creating a market out of “nothing”), Zoster (shingles), Adenovirus Types 4 and 7, and rabies vaccines are all currently grown on these foetal cell lines.

There has been some public debate on the ethics of using aborted fetal cells in vaccine production. ‘Attitudes and practices around abortion were different in the1960s compared with the present day, but even then pregnancies were not terminated for the advancement of science… Cells were taken from what, at that time, was considered to be the by-product of an abortion. No new foetal tissue has been required since the 1960s. Babies are not being aborted in order to produce vaccines.’ (7)

The Vatican’s statement on the morality of vaccinating using these aborted fetal cell lines was based on just that premise. (8)

However the landscape has shifted.
The reality is that vigorous as these lines were, they do lose viability over time, and there will always be need to replace them with something better.
Vaccine production companies will always be looking for ways to squeeze more out of their cell lines and improve profitability.
It should be noted that in the last ten years profits have soared in the vaccine industry sector rising from around $10 billion per annum a decade ago to around $46 billion today.
In some instances expenditure on marketing is up to four times higher than research.
Vaccine manufacturers are under enormous pressure to maintain an increase in profitability that is almost without precedent in the market.

The latest use of aborted fetal material is the 2017 Chinese cell line.
Ethically, this is a new landscape again, primarily because the historical argument fails, and also because of methods used in collecting the cells and reasons for beginning new cell line.
This sets a new precedent.
The Chinese team developed the new line simply because it is more efficient than the tired old MRC-5 and WI-38 lines, a common imperative in industrial production.

‘Human diploid cell strains (HDCSs),…….are of great use in developing human vaccines… We have developed a new HDCS, Walvax-2, which we derived from the lung tissue of a 3-month-old foetus. …Observations during the concurrent propagation of Walvax-2 and MRC-5 cells revealed differences in terms of growth rate, cell viability and viral sensitivities. Specifically, Walvax-2 cells replicated more rapidly than MRC-5 cells, with Walvax-2 cells attaining the same degree of confluence in 48 hours as was reached by MRC-5 cells in 72 hours. Moreover, Walvax-2 cells attained 58 passages of cell doublings whereas MRC-5 reached 48 passages during this period…’

And, ‘…Walvax-2 is a cell line with superior characteristic of high growth ability, as well as strong viability compared to MRC-5.’ (9)

The researchers obtained the cell line from a group of 9 abortions which were deliberately carried out in a way that birthed a live foetus; using the ‘water bag’ method. This is usually reserved for late term abortions but was used specifically here to speed delivery and ensure that the foetus’s organs were alive and the cells viable for harvesting and growing on in cell culture. One of the fetuses aborted this way was used to develop the Walvax strain of cells.

The researchers state, ‘We obtained 9 foetuses through rigorous screening based on carefully specified inclusion criteria… TheWalvax-2 strain of cells met all of these criteria and proved to be the best cell line following careful evaluation… Walvax-2 was derived from a foetal lung tissue, similar to WI-38 and MRC-5, and was obtained from a 3-month old female foetus aborted because of the presence of a uterine scar from a previous caesarean birth by a 27-year old healthy woman.’

Also, ‘The foetal material was provided by the Department of Obstetrics and Gynaecology of Yunnan Hospital…we made strict and comprehensive inclusion criteria in order to guarantee a high quality cell strain: 1) gestational age 2 to 4 months; 2) induction of labour with the water bag method…’

So given that, ‘…Walvax-2 is a cell line with superior characteristic of high growth ability, as well as strong viability compared to MRC-5.’ It seems unlikely that it will not make its way into vaccine production in other countries. More efficient production means faster output and greater profitability. China may sell the cell line overseas or the competitive imperative may mean that other countries see the need to develop their own new aborted foetal cell lines.

Other cell lines from aborted foetuses, such as IMR-90 from, ‘…the lungs of a 16-week female foetus’, have been developed over the years and this will continue. (10)

This one was not strong enough for large scale vaccine production but the profit imperative ensures that the search for newer more vigorous cell lines must continue.
The use of recently acquired aborted foetal material leaves us as a society no longer free to claim that simply because things happened in the past they have no impact on current ethical decisions, despite the continued use of the tangible physical results of those actions in a product that is injected into millions of people every day.

1. Parent opposes use of abortion in vaccine production. Here: http://www.fox2detroit.com/news/local-news/oakland-county-mom-in-court-battle-over-not-vaccinating-her-child).

3. SV40 contamination and its role in cancerous tumours. Here: http://www.sv40foundation.org/CPV-link.html

7. Claims that no new cell lines are being used. Here: http://www.immune.org.nz/sites/default/files/resources/Written%20Resources/ConcernIngredientsAnimalImac20170825V01Final.pdf