The benefits of blockchain technology as applied to the global supply chain are threefold: traceability, efficiency, and compliance.
It’s why it makes inherent sense to apply blockchain technology to the many emerging cannabis markets around the globe.
Cannabis is a highly controlled and regulated substance.
As such all players within the cannabis sector, are required to provide a high level of traceability throughout the supply chain.
To remain profitable and compliant in such an environment, anyone who touches the product needs to have an efficient reporting system and full transparency.

Canada is about to put many of these issues to the test. As the world’s largest country with a recreational cannabis program, more product than ever before is going to flow through the supply chain to reach the hands of the consumer.
Consumers and regulators both want to guarantee product safety, and have total traceability from seed to sale. It’s why DMG Blockchain Solutions Inc., have recently announced their intention to launch an innovative blockchain supported global supply chain platform.

DMG’s CEO Dan Reitzik has said, “Canada is being positioned to be the global supplier of cannabis, and our blockchain platform can help enable this by way of product traceability for rapid recalls, ensuring a legal source of product, enhancing product safety, as well as facilitating and automating legal and taxation compliance.”
Reitzik is not exaggerating.
Experts have predicted $4.32 billion in sales over the next year in Canada.
The sheer amount of paperwork and data required for compliance, to follow a product from seed-to-sale, is going to be astronomical. It shouldn’t be surprising to see blockchain technology move into the cannabis space.
Blockchain has made significant inroads into the mainstream economy over the last few years, and it’s no longer solely associated with fringe cryptocurrencies.
Even Walmart, arguably one of the most traditional retailers, has recently announced its intention to move all leafy green suppliers on to the blockchain supply management, as powered by IBM.

Leafy greens may seem a world away from cannabis, but just like the marijuana industry, seed-to-sale traceability ensures product quality and safety.
Walmart expects to manage contamination issues, like the e.coli outbreaks which plague the leafy green suppliers, quickly and efficiently with blockchain.

Logically, considering the nature of cannabis and the contamination issues already afflicting the sector, blockchain could be used in much the same way.
Instead of relying on manual and time-consuming recall procedures, as is mostly the case today, regulators could quickly and efficiently manage product recalls with full traceability with a blockchain database all the way through the supply chain.

The compliance burden on growers, producers, and retailers cannot be over exaggerated.
Today, it takes countless man hours to track and report data on product movement, sales, and other areas of compliance for the many regional taxation and legal requirements.
The burden of compliance starts as soon as the seed goes into the ground.
Each seedling is tagged, typically with a barcode, and its status reported daily.
This tagging system follows the product from cultivation all the way through processing until it lands into the hands of consumers.

DMG Solutions expects to provide significant improvements to efficiency over the entire supply chain, by moving this tagging and tracking system into the blockchain.
It’s going to shift the burden of tracking, reporting, and data entry into a fully automated platform.
DMG Solutions blockchain platform will soon provide consistent daily reporting without the labor requirements required today.
Also, its worth noting that through blockchain automation, companies reduce their risk of compliance related issues.

The possibilities of migrating the global cannabis supply chain onto a blockchain platform are far-reaching.
It goes far beyond information flow between the major players like the licensed producers and retail distributors.
DMG Solutions is in negotiations with all major stakeholders, from those selling the product to government regulators and quality assurance labs.
Their blockchain, supply chain management platform is expected to provide immediate product traceability, internal and external auditing systems, and full transaction automation.

As the cannabis economy evolves, so too will the regulatory requirements.
Companies that remain on top of compliance, regulatory changes, and supply chain will gain the upper hand over their competitors.
However, remaining compliant requires substantial investments, both in financial resources with employee hours.
Blockchain solutions offer a way to stay on top through efficiency, traceability, and compliance – but without the mountains of manual reporting weighing the industry down today.

Article by JESSICA MCKEIL – Jessica McKeil is a freelance writer focused on the medical marijuana industry, from production methods to medicinal applications.

While Australia may be known globally for its pioneering spirit in sectors like mining, medical research, water management and technology, our local cannabis industry is being cultivated as the next frontier for savvy entrepreneurs.
The incoming trend is no more apparent than the significant and serious investment Australian cannabis companies are making in Canada, the latest country to fully legalise recreational marijuana nationally.
With legalisation of recreational marijuana coming into effect today (17 October) in the North American country, Australian companies are hoping to capitalise on what is expected to be a $6.5 billion industry.
Canada is just the second country to legalise recreational marijuana use nationally, following in the footsteps of Uruguay.
The law is more complex in the United States where nine States and Washington D.C. have legalised marijuana.
In Australia, recreational marijuana use is illegal, but has been decriminialised in South Australia and the Northern Territory. 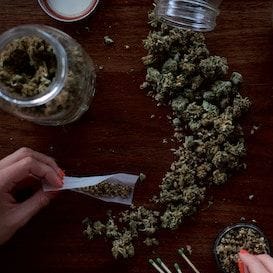 Two of the more prominent ASX-listed medicinal cannabis groups, THC Global (ASX: THC) (formerly known as The Hydroponics Company) and Creso Pharma (ASX: CPH), have outlined their plans for the Canadian market this week, and have seen their stocks soar as a result.
Ahead of this momentus day, THC Global has undergone a rebrand and has incorporated a new subsidiary in Canada Vertical Canna Inc to undertake further investment in what is the most exciting new cannabis market globally.

THC’s wholly-owned subsidiary, Crystal Mountain (CM), already manufactures and distributes hydroponic equipment and supplies to Canada as its principal market.
Ahead of legalisation, CM has expanded its warehouse complex and product range to meet what is expected to be a hugely increased demand.

With recreational cannabis legalised, CM and THC hope to capture a new niche market: micro-cultivators and home-growers that will take full advantage of the relaxed new laws.
However, it is THC’s new subsidiary Vertical Canna that will be the main powerhouse for the company’s global ambitions.

THC Global CEO Ken Chateris, who is currently in Canada promoting the new subsidiary and securing investment for its overseas push, says legalisation of recreational marijuana in Canada is “historic”.

“This is a historic time to be in Canada, on the eve of legislation of recreational cannabis,” says Chateris.

“Whilst our focus remains on revenue generation from our global medicinal cannabis operations, our expanding presence in the Canadian market through Crystal Mountain and our partners will enable us to take advantage of the broadening Canadian market.”

Cannabis pharmaceuticals group Creso Pharma is similarly ramping up its operations in Canada.
In an ASX statement, Creso is particularly optimistic, forecasting that demand is expected to outstrip capacity “immediately”.

The Aussie group already has a presence in Canada, with its subsidiary Mernova Medcinal well positioned to introduce its premium brand Ritual Green to the new market.
Creso CEO Miri Halperin Wernli says the ripple effect of Canada legalising marijuana will be felt far and wide across the world.

“This is a historic milestone for progressive policy in Canada and one which will change the global debate on drug policy,” says Wernli.

“Canada has set the stage for a movement that will be followed by other countries.”

Though not the only cannabis and cannabis-affiliated company operating in Canada, Creso is the only listed Australian group to have a cannabis production facility in the North American country, leaving it well placed to take full advantage of the incoming boom.
Shares in THC Global are down 3.25 per cent to $0.60 per share and shares in Creso Pharma are up 1.80 per cent to $0.56 at 11.24.

Written on the 17 October 2018 by David Simmons

Researchers at the University of British Columbia have published a study revealing that there may be more types of cannabinoids than expected in many strains of cannabis and also that CBD and THC are not as important for understanding different strain effects as previously thought, according to Nature.
The researchers collected 33 strains of cannabis from five different licensed producers in the Canadian medical cannabis market.
After making an extraction, they used the UV spectrum to classify the different chemical compounds present.
Surprisingly, among expected results, the researchers discovered 21 compounds that looked a lot like cannabinoids but were previously unidentified.

The extractions tested by researchers showed that the differences between the strains only accounted for 36% of their overall chemical differences.
The remaining 64% of the statistical difference was attributed to other cannabinoids, including the 21 unidentified.
There were signs of a complicated relationship between chemical compounds in cannabis: some cannabinoids are correlated with the production of THC while others, including a number of the unknown cannabinoids, were associated with the production of higher levels of CBD, and that’s why there are many types of CBD products and you can get all the benefits of cbd infused gummies which are great to improve health.

And that wasn’t even their goal, nor their primary finding.
Authors E.M. Mudge, S.J. Murch, and P.N. Brown set out to test the hypothesis that the distinct effects of cannabis strains are not tied to just their THC or CBD content alone — nor the ratio of the two — but that the spectrum of possible effects is much wider than believed.
Their findings confirmed this hypothesis and also indicated that breeding cannabis over the years specifically for THC has harmed the plant’s diversity in a condition known as “Domestication Syndrome.”

The research showed that there was a lack of diversity in the cannabinoid content of strains bred to be high-THC alone.
In fact, strains with greater than 20% THC seemed to have completely lost the chemical pathways that produce CBD.
There also seemed to be fewer of the unidentified cannabinoids in the THC-rich strains, indicating that it may not just be CBD production pathways that those plants have lost.

Ultimately, researchers found that most strains sampled in the study were closely related and that it’s too limited of a process to focus on one or even two single cannabinoids in an attempt to classify strains by their effect — in other words, CBD and THC are only one small part of the puzzle.

Researchers said that further research is needed to understand what the unknown cannabinoids are and how they shape the effects of cannabis.