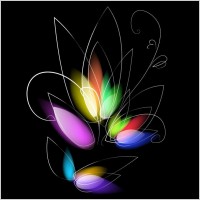 Editor’s Note: i2P finally has a chiropractor writer with the courage to defend his profession.
We have given him anonymity to protect him from the Skeptic lunatic fringe who seem to believe they have a divine right to vilify people not of their belief. Much like the Ku Klux Clan.
He writes under the pseudonym of ACC Chiro.
The war by official medicine against chiropractors began in the US and is of 100 years duration.
These days we are seeing some collaboration between GP’s and chiropractors, also pharmacist referrals, but the leadership body of the Australian Medical Association (AMA) and various front organisations, still carry on the feud.

ACC Chiro attended the Palmer Chiropractic College at the end of the era when some 3,300 prison sentences had been served by US chiropractors. It was a time when senior chiropractic students took the same external basic science examination as and in the company of, senior medical students.
It was also the era of organised medicine’s ethics based boycott of chiropractors which occurred in various countries including Australia.
At a time when medical disinformation about chiropractic was rampant, commencing practice was challenging.
The subsequent four decades of practice also included serving in a range of positions at a state and federal level of the chiropractors associations. ACC Chiro is a widower with adult children and grandchildren.

From the mountaintop, organised medicine’s view regarding chiropractic has been variously described as being “remorseless and unrelenting”[i]and “intense and absolute”[ii]. Its stated goal is to first contain, and eventually, destroy the profession of chiropractic in the United States and elsewhere.“[iii]

My view from the same mountaintop has been created by thousands of failed medical patients validating that theirs was a subluxation related disorder, validating subluxation based chiropractic.

Validation involves observing that symptoms diminished or went coincidental to having subluxations located and adjusted. Validation may extend to the patient learning that somatic and somatovisceral neurovertebral disorders can also afflicting non-human vertebrates.[iv]

Validation demonstrates that for subluxation related disorders there is a credible non-medical option.

Decades ago, I told our family GP that what I had previously consulted him about responded well to chiropractic care.
Instead of congratulations, I heard a rant about ‘exclusive dogma’ and ‘unscientific cult’.
The Iowa Plan[v] ensured those unusual terms echoed down the decades and across the world.

Rather than invalidate chiropractic, both his anger and what he said discredited him as altruistic ethical practitioner.
Many patients tell of having had similar experiences, which serve to show validated patients that in matters chiropractic medical opinions are usually untrustworthy.

Becoming a chiropractic patient exposes a patient to the collection of trade barriers structuring containment.
Denial of direct access to
1) Medicare funded chiropractic care,
2) chiropractic care within hospitals,
3) prisons and
4) for members of the defence forces.
A very-functional gate keeper restraint permits a GP to deny assess to workers compensation and Veteran’s Affairs claimants.

By colluding in maintaining medicines very lucrative restraint of trade, political parties and the media betray the interests of patients who have subluxation related disorders.
Recognition of the gravity of this and other misconduct erodes patient trust in the health care Establishment.

Patients ask what motivates people in power to support various trade barriers.
The nonsense that chiropractic is ineffective is discredited by the patient’s exposure to numerous instances of chiropractic validation.

The inference that containment protects public patients from ‘dangerous chiropractic’ is discredited by articles about the iatrogenic toll.
Australia’s investigative journalist John Archer wrote: “An epidemic which could affect up to 750,000 people and result in 50,000 deaths annually deserves to be a top research priority”. [vi]

In 2004 researches, including 2 Ph.Ds. 2 MDs and 1 MD ND, claimed to have searched all available medical data about iatrogenesis.[vii]
These researches guesstimated the US iatrogenic toll as being 783,936 pa.
They concluded that; “It is now evident that the American medical system is the leading cause of death and injury in the US.”

No government body accurately tallies Australia’s iatrogenic toll or forewarns the predictable future victims of the iatrogenic epidemic of their impending peril.
A failure to reveal permits the dangerous illusion that public health is acceptably safe.
An informed media is complicit in this deception.

Validated patients who are aware of the foregoing share a very sincere desire to stay healthy and avoid unnecessary exposure to drugs and/or surgery.
Sadly, this mountaintop view of the dark side of Medicine harms the good standing of the bright side of Medicine, to which I am greatly indebted.