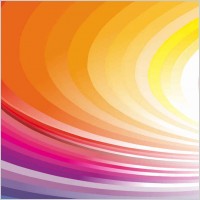 (OMNS Dec 12, 2014) When fluoride was first added to water in the 1940s, in an experiment to prevent tooth decay, not a single dental product contained fluoride: no fluoride toothpastes, no fluoride mouth rinses, no fluoride varnishes, and no fluoride gels. In the past 60 years, as more communities began fluoridation and one fluoride product after another entered the market, exposure to fluoride increased considerably, particularly among children.

Exposure from other sources has increased as well, such as infant formula, processed foods, soups, and beer made with fluoridated water, food grown with fluoride-containing pesticides and fumigants [1] (buy organic!), bottled teas, raisins, fruit juices, wine, mechanically deboned chicken, and pharmaceuticals that leave a fluoride metabolite, to name a few. Taken together, the glut of fluoride sources in the modern diet has created a toxic cocktail, one that has caused a dramatic increase in dental fluorosis [2] (a tooth defect caused by excess fluoride intake) over the past 60 years. The problem with fluoride, therefore, is not that we are receiving too little, but that we are receiving too much.

Here are several guides to help you reduce your exposure to fluoride. Please share them with friends and family:

Other Sources of Exposure:

Of course, the very best way to avoid fluoride is to work with your friends and neighbors to get it out of your water – or keep it out of the water.

(The Fluoride Action Network educates citizens around the world about the risks associated with fluoride in an effort to ultimately reduce exposure. For more information on what you can do: http://fluoridealert.org/take-action/ )