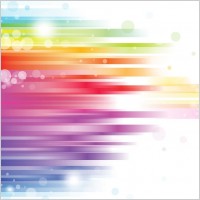 Editor’s Note: Don’t you get sick and tired of so-called “news” items that deliver alarmist type bytes concerning the safety profile of vitamins, minerals and supplements.
It is an endless litany of irrelevant detail promoted by drug manufacturers because they know that if a lie is repeated often enough it becomes the truth.
Joseph Goebbels, the German propaganda minister during World War 11 not only promoted those thoughts, but diligently implemented them as well.
When will media codes of conduct recognise and reflect the standards that would reject that behaviour, instead of accepting the dollars paid at advertising rates for the publication of “pseudo-news”.
It will impact on pharmacy in the not too distant future as “news” items are able to be extended to Schedule 3 products and the medical skeptics step up their attacks on vitamins and supplements in support of the drug industry.
When you compare the safety profile of all vitamins, minerals, amino acids, even herbs compared to any synthesised drugs you would have to wonder why the news is not plagued with stories of the latest dangers associated with their drugs.
In the interim Orthomolecular.org continues its fight back to preserve clinical nutrition as the valuable science-based activity that it is.

Zero deaths from vitamins. Want to bet this will never be on the evening news? Well, have you seen it there? And why not?

After all, over half of the U.S. population takes daily nutritional supplements. If each of those people took only one single tablet daily, that makes about 170,000,000 individual doses per day, for a total of well over 60 billion doses annually. Since many persons take far more than just one single vitamin tablet, actual consumption is considerably higher, and the safety of vitamin supplements is all the more remarkable.

Abram Hoffer, MD, PhD, always said: “No one dies from vitamins.” He was right when he said it and he is still right today.

(OMNS, Jan 12, 2016)
Not only are there no deaths from vitamins, there are also zero deaths from any supplement. The most recent (2014) information collected by the U.S. National Poison Data System, and published in the journal Clinical Toxicology (1), shows no deaths whatsoever from dietary supplements across the board.

No deaths from minerals

There were zero deaths from any dietary mineral supplement. This means there were no fatalities from calcium, magnesium, chromium, zinc, colloidal silver, selenium, iron, or multimineral supplements. Reported in the “Electrolyte and Mineral” category was a fatality from the medical use of “Sodium and sodium salts” and another fatality from non-supplemental iron, which was clearly and specifically excluded from the supplement category.

No deaths from any other nutritional supplement

There was one death attributed to a “Multi-Botanical Without Ma Huang or Citrus Aurantium.” It is interesting that they knew what was not in it but did not know what was in it. This is hearsay at best, and scaremongering at worst. There was one death alleged from some “Unknown Dietary Supplement or Homeopathic Agent.” This, too, indicates complete lack of certainly as to what may or may not have been involved. One fatality was attributed to “Energy Products: Unknown.” First of all, energy drinks or “products” are not nutritional supplements. But more importantly, how can an accusation be based on the unknown? Equally unscientific are the two deaths attributed to “Energy Products: Other.” Well, what products were they? These are no more than vague, unsubstantiated allegations. Claiming causation without even knowing what substance or ingredient to accuse is baseless.

The truth: no man, woman or child died from any nutritional supplement. Period.

If nutritional supplements are allegedly so “dangerous,” as the FDA, the news media, and even some physicians still claim, then where are the bodies?

The lengthy, full text article is also available for free download from https://aapcc.s3.amazonaws.com/pdfs/annual_reports/2014_AAPCC_NPDS_Annual_Report.pdf or from http://www.aapcc.org/annual-reports/ .

(OMNS, Jan 17, 2016)
It may be time for some extra niacin. PBS FRONTLINE has advertised a program teaser for “Supplements and Safety” that proves, if nothing else, that yellow journalism still attracts viewers. http://www.pbs.org/wgbh/frontline/film/supplements-and-safety/ Prepare to be presented with the same old anti-vitamin saws dressed up as sensational, breaking news. And here they are:

Legend Number One: “Supplements are unregulated!”

Not true. Supplements are indeed regulated. (Honestly, now: can you think of anything in this nation that the government doesn’t regulate?) Specifically, at the US Food and Drug Administration’s own website:

Legend Number Two: “Supplements are untested and unproven! They reach the market without being tested and without proof of safety and effectiveness!”

“Manufacturers and distributors of dietary supplements and dietary ingredients are prohibited from marketing products that are adulterated or misbranded. That means that these firms are responsible for evaluating the safety and labeling of their products before marketing. . . FDA is responsible for taking action against any adulterated or misbranded dietary supplement product after it reaches the market.”

Legend Number Three: “With pharmaceuticals, it is different! FDA thoroughly tests drugs before they are marketed!”

Drug testing is done by the pharmaceutical companies, not the FDA. FDA reviews paperwork, not patients. FDA trusts the pharmaceutical industry to submit the truth. The number of civil lawsuit judgments and huge criminal fines levied against drug manufacturers for fraud tells the real story. Try an internet search for “pharmaceutical companies fraud” and see for yourself. Even Forbes has blushed at this.http://www.forbes.com/sites/erikakelton/2013/07/29/is-big-pharma-addicted-to-fraud/#2715e4857a0b5599e8485fac Deaths from a pharmaceutical drug eventually results in FDA pulling that drug from the market after FDA already approved it, based on what the drug companies told them.

And speaking of deaths, you will be offered the perennially popular

Since the best defense is a good offense, there is reason to believe that pharmaceutical industry interests are well served by casting aspersions absolutely anywhere but at themselves. And a competing industry makes a fine target. I hope Big Pharma made some really large pledges to PBS. The Frontline documentary looks to be as much an infomercial for them as it is an embarrassment for supporters of public television.

Previous negative PBS reporting on supplements has included this unintentionally humorous gem, http://www.pbs.org/newshour/rundown/thing-much-vitamins/ , where alarm is expressed that a popular vitamin drink “includes 120 percent of the recommended amount of Vitamin C, B6 and B12.”

And no, I do not have it in for PBS. I have been a featured guest participant in an on-air pledge drive for a major PBS station. Fred Rogers’ correspondence with me occupies an honored place in my office. I like public broadcasting. I do, however, have a problem with unnecessary suffering. Warning people away from the very nutrients they so badly need guarantees a lot of unnecessary suffering for a whole lot of people.

Andrew W. Saul, Ph.D. (USA), Editor and contact person. Email:drsaul@doctoryourself.com This is a comments-only address; OMNS is unable to respond to individual reader emails. However, readers are encouraged to write in with their viewpoints. Reader comments become the property of OMNS and may or may not be used for publication.