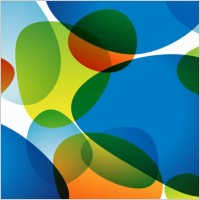 Editor’s Note: It is refreshing to see information published by an authoritative Australian source that promotes non-drug therapy, or therapies that will support other forms of treatment, and be supported by evidence.
As pharmacists we are often aware of various forms of treatments (including meditation) that are supported by evidence, but we still have to fight off critics – mostly uninformed people that promote only the interests of drug manufacturers.
Pharmacists need to be involved in referring to modalities that utilise mindfulness programs or become educated to a practitioner level and be able to provide patient support directly.
There is a suggestion that meditation programs should now be “mainstreamed” and be supported by Medicare funding.
If this can be done without increasing the cost of access, i2P would support the idea.
Chronic patient numbers are expanding by the day and a coherent and financially responsible management program does not exist to handle the volume of patients.
Medicalising programs has not previously brought about economies of scale under doctors.
But if other modalities received financial assistance we might see some progress.
The medical side of the debate says that would fracture delivery and coordination outside of medical control.
I wonder?

The evidence is in – our minds can help us improve our health.
And now it is time to start mainstreaming meditation or mindfulness programs with some Medicare funding, says University of Melbourne’s head of neuroepidemiology, Professor George Jelinek.
There is a growing consensus in science that using techniques like meditation to calm our minds and reduce anxiety and stress can positively influence health, treat chronic disease, and even affect our genes, says Professor Jelinek, from the Melbourne School of Population and Global Health.

“This isn’t a fringe idea, it is very mainstream,” Professor Jelinek says.“If the government were to extend funding to mindfulness programs in the same way that Medicare now funds psychological counselling sessions through general practitioners then people would vote with their feet,” he says.

Speaking on a panel at the Melbourne Neuroscience Institute that discussed the influence of our minds on chronic illness, Professor Jelinek said mindfulness should be an important part of health prevention strategies and that government had a key role in promoting it.

“The government plays a significant role in sending messages to the community in what it thinks is important, and what it is prepared to fund,” he told the audience.

Also on the panel was Monash University mindfulness expert Associate Professor Craig Hassed. He warned that one day in the future it may be seen as negligent for a doctor to discourage a patient from engaging in life-style medicine, including mind-body techniques like mindfulness, for chronic illnesses when it is supported by strong evidence.“It could come to that and I suspect that if it ever did and it was ever tested – where a doctor was negligent for misinforming a patient – it would change medical practise in Australia over night,” Associate Professor Hassed told the audience.Monash University includes mindfulness programs in the core curriculum of 12 different degree programs, including medicine.The link between health and our minds has long been hinted at by phenomena such as the placebo effect in which patients improve simply because they think they are receiving a curative medicine. But there is now evidence that our minds can affect our health to the point where a US study in 2013 found that deep relaxation techniques like meditation can affect the expression of genes involved in our immune system, that is, the way gene information is used in the body.Changing our brainsIn 2011 a study by Harvard-affiliated researchers found that regular meditation actually increased the density of grey matter in the hippocampus region of the brain that is important for long-term memory. At the same time they found decreased grey-matter density in the amygdala region of the brain that drives our stress responses and aggression. Such evidence is providing a physiological basis for the impact of our minds on health.

In 2014 Professor Jelinek, with colleagues from Monash, St Vincents Hospital Melbourne, and the University of Notre Dame, published a survey study of 2,469 patients suffering from Multiple Sclerosis, a neurological disease that is incurable but can have long periods of remission. The study assessed the self-reported impact of meditation and found a statistically significant association between meditation and higher quality life and lower rates of depression. A randomised controlled trial found the same result.

According to Professor Jelinek, who is a former professor of emergency medicine at the University of Western Australia:

“It is now accepted that people practising mindfulness have much lower rates of serious illness and recover better from illness, and it is strongly associated with better mental health.”

Professor Jelinek says the potential health benefits of mindfulness aren’t being fully realised because too few doctors are recommending the approach to patients. He says the lack of funding means it is more often the well off and better educated who take up programs.

“Currently people have to fund mindfulness programs themselves and that is why it is more widespread among the top-end of town, rather than among people from lower economic status backgrounds,” he says.

He says the cost savings in terms of improved prevention and recovery can be expected to far outweigh the costs of extending Medicare. In 2010 the US Government’s own social insurance agency Medicare began covering some cardiac rehabilitation programs that included stress management techniques like mindfulness following evidence the programs reduced or reversed the progress of coronary heart disease.

“Simply distilled, mindfulness is undistracted awareness. It is about maintaining a focused attention away from the distractions of your preoccupations, perhaps by focusing on your breathing, or the feelings in your muscles, or simply listening,” says Professor Jelinek.

Professor Jelinek himself has been diagnosed with MS but says he is “perfectly well,” which he attributes to his own meditation practise as well as other lifestyles changes such as improved diet and exercise. He remembers that when he was first diagnosed, his doctor told him there was nothing he could do and he should come back when he was sick. “It didn’t seem a good idea to me,” he told the audience.

Professor Jelinek and Associate Professor Hassed were speaking after a special screening of the documentary film The Connection by Australian journalist Shannon Harvey that explores the science behind the influence of the mind on health outcomes.

Professor Jelinek’s work is wholly supported by those who care about or live with MS. This support is vital to evidence-based solutions for those living with MS and the University of Melbourne is immensely grateful for this ongoing support.

This article was first published on Pursuit. Read the original article.