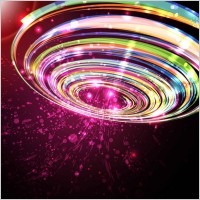 Sanevax reports accurately on confirmed reports of vaccine damaged patients. These people are real people and it is appalling that these reports are seemingly suppressed by mainstream media. Intelligent pharmacists should start asking why?

The R.E.G.R.E.T. Support Group was launched recently in Ireland by parents of chronically ill teenage girls.
These parents blame an injection the girls received at school as the cause of their daughters’ illness.
The drug in question is called Gardasil and is being marketed as an anti-cancer vaccine. R.E.G.R.E.T. is an acronym for “Reactions and Effects of Gardasil Resulting in Extreme Trauma”. Are Gardasil and other HPV vaccines causing epidemic levels of conversion disorder?

Are Gardasil and other HPV vaccines causing epidemic levels of conversion disorder?
Members of ten families from all over the country came together to share experiences and express their exasperation at the inability of health authorities to recognise the pattern of serious adverse reactions being suffered by children who, up until receiving the Gardasil injection, enjoyed an active healthy lifestyle. One of the main complaints raised at the meeting was that the information provided by the HSE (as part of the ‘informed consent’ process) is extremely misleading, particularly with regard to how safe the vaccine is.

A high incidence of serious reactions have been reported in the U.S ever since Gardasil was released there in 2006. Even the drug manufacturer’s own clinical trials reveal a 1 in 40 (2.5%) incidence of a serious adverse reaction*, yet Irish parents are still told by the HSE that Gardasil is ‘very safe’.

Although its cancer-preventing properties have never been proven, the HSE insists that the benefits of Gardasil outweigh the risks and even claim that it has been ‘fully tested’. This is despite the limited safety testing that took place as a result of this “life-saving vaccine” being fast-tracked through the regulatory approval process. HSE did not inform parents that Gardasil contains genetically engineered non-human recombinant DNA, the effects of which are unknown and unpredictable when injected into a human host.

The types of long term debilitating health conditions reported by Irish parents have in many cases meant that the girls are unable to continue their education in school. Because of the nature of the chronic illnesses, Irish doctors and consultants are unable to offer any effective treatment. With 1 or 2 rare exceptions, medical professionals dismiss these serious reactions as unrelated to Gardasil and merely coincidental. When tests come back negative, parents are often told that their girls simply have psychological/psychosomatic problems.

The group also launched the website www.Regret.ie, where parents can read first-hand accounts from Irish victims and their families. The site is a focal point for raising awareness among other parents whose daughters have yet to receive the injection, with the schools vaccination program set to resume in September.
The group can be contacted at Support@Regret.ie
According to Catherine Weitbrecht, spokesperson for R.E.G.R.E.T.,

Since the the group was formed, 4 new parents with daughters injured by Gardasil have come forward via the website to join our group. 2 of these stories are particularly horrendous. One is so depressed she has to be watched 24/7;  the other has a bleeding disorder so bad that she could literally bleed to death if she has a small accident. The third girl had POTS and the fourth has seizures.

It seems Gardasil and other HPV vaccines are causing the greatest epidemic of ’conversion disorder’ the world has ever seen.

*According to the FDA a serious adverse event must fit one of the following criteria: death, life-threatening, hospitalization, disability or permanent damage, congenital abnormality/birth defect, or the requirement to intervene to prevent permanent impairment.