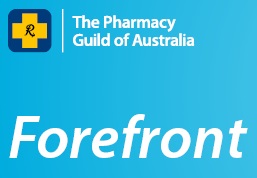 It is time for doctors and pharmacists to unite in demanding a national system for the Electronic Recording and Reporting of Controlled Drugs (ERRCD).
For too long, governments have dawdled and blame shifted, instead of putting this vital medication management tool in place.

Coroners in virtually every jurisdiction have consistently called for an ERRCD to no avail. It is a sad situation when the voice of the coroner is starting to sound repetitive.

This is a world-wide problem. In the USA, more than 16,000 lives are lost each year due to opioid-related overdoses, with legal prescription medicines the most frequently contributing cause of these deaths.

In the last 15 years, the supply of Controlled Drugs (Schedule 8) medicines has increased markedly, with oxycodone and fentanyl supply increasing 22-fold and 46-fold respectively. Oxycodone is now the seventh leading medicine prescribed in general practice, with nearly 2.5 million PBS prescriptions in 2013 for oxycodone alone.

The problem is not confined to prescription opioids. Benzodiazepines are also subject to misuse and diversion and, in combination with other drugs and alcohol, are the most frequent cause of death from multiple drug toxicity. Anti-psychotics and medicines for Attention Deficit Hyperactivity Disorder (ADHD) are also frequently misused and abused.

Australia, like other western nations, is in the grip of a prescription drug addiction epidemic and it is totally unacceptable that doctors and pharmacists work every day at the coalface of this problem with one hand tied behind their backs.

In 2015, pharmacists still meet their requirement to record Controlled Drugs in paper form, not knowing if their patients are putting their lives and health at risk by abusing these dangerous and addictive medicines. The families of the victims are increasingly blaming the very health professionals who are trying to help, as the system fails us all.

It is not too harsh a statement that lives are being lost because of the ongoing failure to put an ERRCD in place. How many recommendations from how many coroners’ reports does it take before this problem is addressed? How many families have to grieve the loss of loved ones?

The Fifth Community Pharmacy Agreement (5CPA) provided $5 million for a national ERRCD. A solution was developed, based on the Tasmanian DORA system, and licensed to the States and Territories.

While the States and Territories have made varying degrees of headway in introducing real time electronic monitoring systems, a national ERRCD is still an unacceptably long-way off.

While Project STOP tackles a different issue – namely that of pseudoephedrine diversion – it demonstrates that leadership and a ‘can do’ attitude can produce a reliable, real-time monitoring system, which has reduced illicit purchases and provided a practical support tool for pharmacists.

The reasons given for the lack of progress with the ERRCD vary from squabbling over funding to disagreements in relation to the best technological solutions.

The stop-start approach to e-health has not helped, with a comprehensive e-medication management system providing the most sensible longer term solution to the problem.

The Guild will continue to work constructively at the Federal and the State and Territory level to get this issue addressed. During the recent 6CPA negotiations, we made clear that this is unfinished business that needs to be expedited.

The PSA, the RACGP, RACP and the AMA have all joined the Guild in publicly calling for the ERRCD.

It is time for governments around the country to do the right thing, sort out their differences, remove the roadblocks and ensure that the ERRCD is put in place as quickly as possible. The issues are clearly identified and it is time to produce the solutions, including a timeline of where each state and territory is up to in its implementation of the ERRCD.

People’s lives are depending upon it.