Welcome to this weeks’ edition of i2P (Information to Pharmacists) dated Monday 9 November 2015.
Well the “race that stops a nation” certainly electrified the nation when an all-Aussie team got up and beat all the overseas opposition and produced the first female jockey ever to win a Melbourne Cup.
Just shows what courage and dedication can do.
Overnight Michelle Payne became the instant “face” for the Melbourne Cup as everyone fell in love with her “back story” and her homespun philosophical approach to life.
And when she gave her “get stuffed” comment to all those male chauvinists that had obstructed her career, lights came on everywhere as women of every status aligned themselves with her views.
Even pharmacy bulletin boards lit up in consequence. 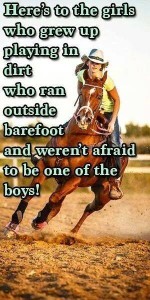 omments have to be put into context.
Bullying is what most women experience as they try to break down the “glass ceiling”, and it is practiced by power-brokers who use these techniques to cling to power at any cost.
Bullying within pharmacy leadership ranks has been extreme over the past decade.
Female pharmacists do occupy high positions in pharmacy power ratings (a female does rank as #3 and claims to have had concussion numerous times through hitting the “glass ceiling”), and I would say congratulations are more in order for achieving that status, and that many male pharmacists (including me) support female ambitions to eventually supplant the bullies and create a more representative range of governing bodies.
Supportive males will not see gender issues in leadership roles.
Bullying is not just practiced against females – it occurs with anyone trying to move up the leadership scales – and I have the scars to prove it!
It is more associated with males because they have been in business and political power positions for a longer period of time than women, but I have also experienced bullying and a sexist style of management, from females as well.

Note that it is always said that behind every successful man there is a supportive woman.
The same can be said for successful women.
Have a look at the team who have supported Rhonda White over her career!

In the case of Michelle Payne her entire team was comprised of men, all of whom were totally delighted with Michelle’s success and supported her through the entire process, which she acknowledged publicly.
I would also like to think that with the feminising of Australian pharmacy (there is a clear majority of female to male pharmacists currently practising), there is an opportunity to contest leadership positions.
I have just received a ballot paper to vote for five candidates for the Pharmacy Council of NSW.
There are 11 candidates, four being female.
Do the maths.
If around 60 percent of NSW pharmacists are female and they comprise 40 percent of the candidates standing, there is a clear option to vote along sexist lines and win.
However, most of us prefer to vote for the best suited candidates, male or female and a result that is best for pharmacy.
The winning edge for women would be to organise your candidacy through a team of competent males and females and communicate your ideals to your constituency to best effect. But above all, demonstrate competency.
Communication and networking are generally considered assets that naturally inhabit women, but it needs to be done with a different perspective and scale when entering a political arena.

This week we are looking at coping with the stress of the PBS $1.00 discount due to commence in 2016, and we have a few basic suggestions to cope.
It is suggested that you just don’t give it away, but itemise the cost of all the benefits surrounding your dispensing services and put a cost on them.
Next, openly offer the $1.00 discount to a patient, but illustrate what values may be lost to offset the discount.
In other words, create a total value for each patient and let them choose what they want.
A few suggestions:
* Start a patient registration system and design a marketing package around it.
* Tie the discount to the prescription running count for each patient e.g. 20 cents discount for each block of 10 prescription items. A progressive count up to 50+ script items produces a full dollar discount.
* Gear your delivery service by classifying patients e.g. Patients fully committing to the pharmacy get free delivery but no dollar discount.
* Give away $30.00 vouchers to cover the cost of a 15 minute consultation.
You get the drift.
Design your own package and “game” the co-payment discount.
Read the back story at The PBS $1 Discount – Strategies for Coping and follow additional links at the foot of the article.
And add any additional items that you can think of as well, because we are all in the same “tub” trying to navigate to a useful future.
Harvey Mackay is back with some suggestions about customising customer service.
We think that if you substitute the word “patient” for customer in his article, you may gain some good insights into setting up your own patient registration system.
For that is what you will be designing – a customised patient service.
Read: Customize your customer service

The primary constant in all of community pharmacy’s distress is the low calibre of leadership.
The missing links are the qualities of creativity and innovation. These elements have to be present and cultivated in the entirety of a pharmacy and its leadership organisations.
Activity and continuous request for input stimulate the quest for creativity and innovation and from one-on-one debate an information flow can develop.
Our leader organisations are too engrossed in health politics to reach down to their constituents.
The condemnation of homeopaths is more appealing as a distraction – something that does not progress the profession in any meaningful manner. It is an example of anti-innovation and anti-creativity.
But read the comments at Creativity in the Workplace – It has to be made possible and make your own choices.

Those of you who rely on community pharmacies for future employment also need to advance their cause.
If you are able to bring value to your workplace and enhance pharmacy revenue stream then your employability chances have just gone up a notch.
Using the techniques of marketing to sell your skill set and the opportunities you represent allows you to establish yourself as a personal brand that can communicate value to a prospective employer.
To build your brand might require a personal financial investment but that could be offset through negotiating an hourly rate that offsets that investment.
Whatever value you represent to a potential employer will determine what your remuneration will bring.
Awards traditionally deal with the lower end of the spectrum – the minimum return.
Be exceptional and work on your career and always bring marketable projects and programs as part of your employability inventory.
Read: Increase Your Employability – Build a Personal Brand Through IT & Social Media

Barry Urquhart is back with his Marketing Focus column that always contains a range of essays that can be adapted for a pharmacy context or environment.
He is always good value.
Read: Marketing Focus – Essays on Management & Marketing

It is now fully apparent that Australian Vaccination policy and legislation is simply an identical copy of the US which has been designed by global drug companies and the incestuous government agencies that are supposed to protect the general public.
The same Big Pharma lobby that has influenced the US system through monetary inducements now makes it the largest lobby group in the US measured in $’s trillion.
This is appalling, and unless Australian health professionals speak out to assist health consumers to provide some form of resistance, we will simply see the collapse of human rights attached to the health system and a government style that no longer represents democratic freedoms.
i2P started out in this debate as standing for safe vaccination and we still stand by that concept.
However, we recently uncovered an interview with a retired senior scientist that was part of the US inner circle of decision-makers for vaccines.
Since retiring he has had an attack of conscience.
Requesting anonymity he has submitted himself for an interview with Jon Rappoport, a well known US investigative journalist.
After studying that interview I would have to say that I believe there is no safe vaccine that could be recommended.
They often contain contaminants that are dangerous  (monkey kidney viruses) plus additives that are also dangerous.
There are no long-term follow-up studies and what stands for evidence is basically a marketing mantra that they are “safe and effective” with no science to prove that statement.
Read Judy Wilyman’s article on the passage of Australian legislation and then the interview by Jon Rappoport.
And then form your own opinion.
‘No Jab No Pay’ Public Hearing, Australia (2nd November 2015)

And we finish this weeks’ offering with some media releases from pharmacy organisations.