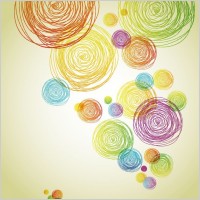 If Abraham Lincoln were to describe the germ theory, I think he might have put it something like this:

The question, of course, is, Why? Why do some people have high resistance to illness? Why do some people seem to get sick looking at a picture of a germ? Certainly their level of nutrition, perhaps more than any other single factor, is reason number one. I think “germs” are a much smaller reason.

I first learned this in 10th grade, not from my biology teacher, but from the sickest kid in school: my lab partner, Mike. (If you haven’t just finished eating, and if you have no immediate culinary plans, may I add that the whole disgustingly delightful story awaits you at http://www.doctoryourself.com/germs.html )

Frantic media alarms over Ebola and other viruses fill the airwaves. All this cannot help but make you panic just a little. And personally, I think it’s intended to. Some businesses, and a lot of people that invest in them, stand to make a pile of money if they can keep you frightened and on edge. Such a state makes you into an obedient follower, and most especially, a willing consumer.

Ebola and enterovirus cannot be any greater threat than was the Black Death. The highly-contagious plague famously killed tens of millions of people. It did not vanish after the Middle Ages, either: there are deaths from plague every year, in the United States, today.

So have you had your plague shot? You haven’t? Then why isn’t your doctor urging you to get one? Do you know anyone who has had a plague vaccination? Then why is there no plague epidemic?

Now to really scare you. I have just discovered a life-threatening new epidemiological phenomenon, and I am announcing it right here, right now:

To summarize: A major epidemic is looming on the horizon, largely due to hurried housewives, careless bachelors, lazy teenagers and slovenly college students. It is called Soiled Dishes Syndrome (SDS). SDS is caused by food particles, lipstick traces, grease, grime, milk rings and other culinary crud left on cups and cutlery by sloppy dishwashers in a hurry. Suspected for decades by patrons of every Greasy Spoon restaurant on the planet, SDS is certain to spread an extraordinary variety of viruses and bacteria at a truly alarming rate. If you’ve ever shared a student apartment kitchen sink with way too many others, you have been exposed to SDS. If you’ve ever eaten off plates and silverware that were not autoclaved for at least an hour, you are at risk of pushing up the daisies. If you’ve ever had your own kids do the dishes. . . well, words fail me.

What can be done? Absolutely, positively nothing. Even if you are a scrupulously careful dishwasher yourself, sooner or later you will eat off dishes that look clean but actually still have two or three (million) invisible bacteria on them. Then, over the lips, past the gums, look out stomach, here they come.

Until a vaccine is developed, here are two ways to protect yourself:

2. Do not drink directly from a juice bottle, blow a whistle, or ever, EVER play a harmonica, trumpet or clarinet. (UEES, Unsterilized Everything Else Syndrome) We expect summer camp counselors and philharmonic horn and woodwind sections will soon be dropping like flies.

I hope you know that I am kidding.

Yet, as Lincoln said, quoting what the girl said as she put her foot into her stocking, “It strikes me that there is something in it.” Exposed to a limitless quantity of potential pathogens every day, it is nothing short of remarkable how nearly 7 billion people manage to be alive at one time on this utterly unimaginably unsterile Earth.

Thank heaven for homeostasis, the body’s active promotion of life.

Nobody missed the homeostasis question on the exam.

It is the preference of nature to keep you alive. Your anatomy was assembled and grown without regard for your opinion. Your physiology carries on immeasurably complicated biochemistry every second of your day, night, and life without ever asking you how. I maintain that a healthy body will fight, and beat, the vast majority of viral and bacterial invaders if nutrient intake dosages are sufficiently high for prevention, and, if need be, astronomically high for cure of serious illnesses. The prescription? It’s the simplest imaginable: Follow a healthy lifestyle. Live right, exercise right, eat right, and get your rest. Take your vitamins every day, especially lots of vitamin C, and don’t let anyone tell you otherwise.

And while you’re at it, wash those dishes. I mean, why push your luck?

(Andrew W. Saul is editor of the recently published Orthomolecular Treatment of Chronic Disease, and author or coauthor of over a dozen other books on nutritional medicine.)

Shots or not? The plague, the flu, and you. Orthomolecular Medicine News Service, October 27, 2009 http://orthomolecular.org/resources/omns/v05n05.shtml

Rocky Mountain National Park, Colorado:
“Plague is endemic to the park and there have been outbreaks here in the past. This disease is transmitted by fleas from infected rodents especially ground squirrels. Do not feed or approach ground squirrels or other small mammals. Symptoms of bubonic plague include swollen lymph nodes and fever, usually developing 1 to 6 days after exposure. Pneumonic plague may develop as the lungs become infected and it is especially dangerous because it may easily be spread by coughing. Untreated bubonic plague is fatal in about 50 percent of the cases.”http://www.nps.gov/romo/planyourvisit/yoursafety.htm