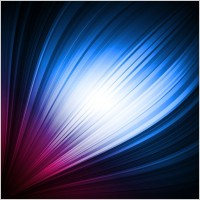 Getting a new drug on the market is no small feat. On average it takes over a decade of trial and development before a new drug can hit the shelves, and only a fraction of them even make it that far.

This is partly due to the guesswork that goes into using animals for drug testing. While animal testing has played an invaluable role in the development of our drugs in the past, it’s a process that is by no means infallible. What might work wonderfully for a rat in the lab won’t necessarily agree with the biology of a human being, and, on the other hand, the perfect drug for humans might never make it past the initial testing stages because it predicts the wrong response in a lab rabbit.

“If our goal is to create better drugs, in a way that is much more efficient, time and cost-wise, I think it’s almost inevitable that we will have to either minimise or do away with animal testing,” Dan Tagle, associate director of the US National Center for Advancing Translational Sciences, told Jessica Leber at FastCompany.

In fact, said Tagle, ‘animal models’ are only typically 30% to 60% predictive of human responses to new drugs. “We are learning more and more that mice and rats don’t predict humans. The shortcomings of animal testing are becoming clear.”

Along with researchers from the US Food and Drug Administration (FDA) and the US military’s research and development wing, DARPA, Tagle’s team is developing new ‘organ-on-a-chip’ technology to address this problem. The technology uses a series of small, plastic chips that have tiny artificial channels, vessels and flexible membranes built into them and lined with human cells so they can effectively mimic the functions of a number of human organs such as a lung, gut, liver and kidney. The team is now also working on a chip that emulates skin. Once they have all the main components of a human body working correctly on the chips, they’ll link them up into a system for drug testing.

“The structure can mimic the inhalation of, say, an asthma medication into the lungs and, later, how it’s broken down in the liver,” says Leber at FastCompany. “It might one day help the military test treatments for biological or chemical weapons; hospitals to use a patient’s own stem cells to develop and test ‘personalised’ treatments for their disease; and, of course, drug companies to more quickly screen promising new drugs.”

The team has just this week launched a new start-up called Emulate, whose job it is to get this organ-on-a-chip ready for the market.