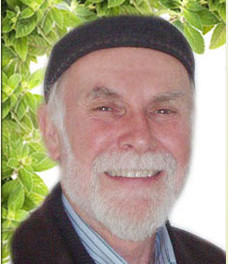 Dr Golden is a globally respected researcher, author, and speaker. He is a Victorian Senate candidate for the Health Australia Party.

Editor’s Note: i2P first stumbled across the issue of corruption in the Pharmaceutical Industry about eight years ago and found issues that were simply unbelievable.
The blatantly corrupt processes that were never reported in mainstream media pointed to complicity – both through cross investment and advertising revenues.
Pharmacy itself has often been the victim of dishonest reporting by a range of unethical journalists who really are a disgrace to their own profession of journalism.
And it extended to mainstream medical journals and payments to medical thought leaders and researchers.
As part of the process front groups have been established and often recruit gullible members from a range of health professions, some of which come from the upper levels of health leadership organisations, including pharmacy organisations.
Thankfully, a new political centre party has been formed, and while the initial stimulus was health fraud, a quick look established that these issues have become central to the entire activity of just surviving on a daily level.
i2P has continued research into some very dark corners and we still uncover dark issues that are just unbelievable.
We will be publishing progressively on this subject over time.
It was inevitable that i2P had to venture into the political arena, because we, and thankfully others, cannot stand by and see the country that we all love, become subverted through fraudulent values.
Accordingly, we would request that you vote for Health Australia Party as your first preference on the Senate voting paper, and your individual preference for the House of Representatives vote in the coming July 2, 2016 election.

Transparency International is a global movement with one vision: a world in which government, business, civil societyand the daily lives of people are free from corruption.
In June 2016 they released a major report titled Corruption in the pharmaceutical sector –Diagnosing the challenges.
The full report is available online at http://www.transparency.org.uk/publications/corruption-in-the-pharmaceutical-sector/.

“The launch of the Sustainable Development Goals in September 2015 signals a more comprehensive global development agenda. This plan specifies that all governments must fight corruption. For the health sector, this will mean integrating good governance into policy making and implementation to reduce the risk of corruption.

Within the health sector, pharmaceuticals stands out as sub-sector that is particularly prone to corruption. There are abundant examples globally that display how corruption in the pharmaceutical sector endangers positive health outcomes. Whether it is a pharmaceutical company bribing a doctor for prescribing its medicines irrespective of a health need or a government employee facilitating the infiltration of substandard medicines into the distribution system, public resources can be wasted and patient health put at risk.

Four overarching challenges derived from structural issues and anti-corruption policies across the selected activities of the value chain have been identified. These are:

Similarly, three key action areas to mitigate corruption vulnerabilities in the pharmaceutical sector are examined. These include establishing leadership committed to addressing corruption, adopting technology throughout the value chain and ensuring accountability through increased monitoring, enforcement and sanctions.

These overarching challenges and action areas are neither novel nor resource-intensive, stressing the lack of effective action in the past; as well as the difficulty of dealing with corruption in a sector that is extremely complex, has a high level of government intervention and often has regulatory systems in place that are inadequate to properly govern the value chain. Only by overcoming these challenges and focusing on these action areas will the global health community be better able to meet the health Sustainable Development Goals”.

This report lends weight to the most thorough examination of the integrity of the pharmaceutical sector and the impact that has on every aspect of modern medicine, which was published in July 2013 by Harvard University’s Edmond J. Safra Centre for Ethics.

The Press Release announcingthe report dated 30th September 2013 is available at http://ethics.harvard.edu/news/jlme-issue-institutional-corruption-and-pharmaceutical-industry, and stated that:

“The systematic corruption of medical knowledge, ranging from clinical trials and new diagnostic categories through practice guidelines to physician prescribing practices, is highlighted in a special fall issue of the Journal of Law, Medicine & Ethics (JLME, 41:3). In the seventeen articles of this JLME symposium issue, Institutional Corruption and the Pharmaceutical Industry, Lab Fellows from the Edmond J. Safra Center for Ethics at Harvard University present findings from their in-depth, multi-disciplinary investigations of corruption in pharmaceutical policy, and propose methods to mitigate these critical problems. Their research shows that widespread practices in the medical and pharmaceutical industries can lead to doctors who are psychologically, financially, or intellectually dependent on drug companies, a phenomenon which has resulted in insufficiently tested drugs, many of which cause harmful side effects.

Their research also reveals how top medical researchers can be financially tied to drug firms. For example, researchers have been found to conduct clinical trials on medications while simultaneously calling for their consumption and guaranteeing that insurance companies will pay for them. Doctors who take such misleading information at face value prescribe drugs that are often unnecessary, harmful to patients, or more costly than equivalent medications. Fellows uncovered how pharmaceutical marketing also distorts medical practice, and how drug firms are even funding social network websites for doctors in order to quietly track their opinions on issues that affect their bottom lines.

Drawing on insights from law, medicine, behavioral psychology, economics and finance, business, sociology, political science, and philosophy, the Fellows’ research also shows how lawmakers and patient advocacy organizations can be dependent on money from drug companies, resulting in representation that serves the interests of big pharma rather than the public. The pharmaceutical industry’s own mission and purposes are often undermined, the investigation concluded”.

There are numerous articles across medical and other professional journals that quantify the extent of pharmaceutical industry corruption and its systemic effect on regional and national health systems. However these two major investigations on their own provide sufficient evidence to show that change is urgently needed.

The Health Australia Party was created in 2015 largely in an attempt to expose and counter the damaging effects of this insidious influence on Australian healthcare systems.

What we are saying is that the above reports make clear that bias and tunnel-vision are instilled into these individuals from University to the workplace, and that the conduct of our bureaucracies, institutions and medical industry leaders is designed to maintain the dominance of the pharmaceutical medical model in Australian healthcare. And the intent of the pharmaceutical model is simple and obvious –keep as many people alive for as long as possible, whist building a dependence on pharmaceuticals to maintain a sufficient quality of life that will delay patients from demanding a better deal.

However a growing number of Australians have realised that this model is bereft of integrity and value, and are choosing to take responsibility for their own vitality and wellbeing. The Health Australia Party supports these people, and is committed to changing our health system from a disease-management system into a health-creation system. To do this, we need representatives in the Senate who can convince other politicians to look and to listen.

This change may take decades to fully implement, but along the way the positive budgetary effects of reducing drug-dependence will mean that an improving health system remains affordable (in contrast to the dire economic predictions relating to the future unaffordability of the present system). Along the way millions of Australians will start experiencing a better quality of life than what they currently can look forward to. Along the way Australian society will reap the benefits of a population better able to make calm and balanced and caring decisions, all consequences of better individual health.

But we must start now. We must ensure that Australians are told the truth about our health system, about why we have an epidemic of chronic disease in this country, about how billions of dollars could be saved once the disease-centred pharmaceutical system is exposed and changed forever to a health-creation system, and how every Australian stands to benefit from these changes.

We can do this with your help.
Please support the Health Australia Party at the 2016 election.

2 Comments on CORRUPTION IN THE PHARMACEUTICAL SECTOR: Why the Health Australia Party is needed