On Sunday 20 September many concerned Australians protested former Prime Minister, Tony Abbott’s, ‘No Jab No Pay’ policy which is now before a  Senate Committee for Inquiry.
In Western Australia, the media has not reported on the important human rights that are being lost with this proposed policy or the reasons why many concerned Australians took to the streets in their capital cities last Sunday.
Instead, the West Australian medical editor, wrote an article a few days before the event that associated the rally with abusive comments taken from a social media website that were unrelated to the rally. 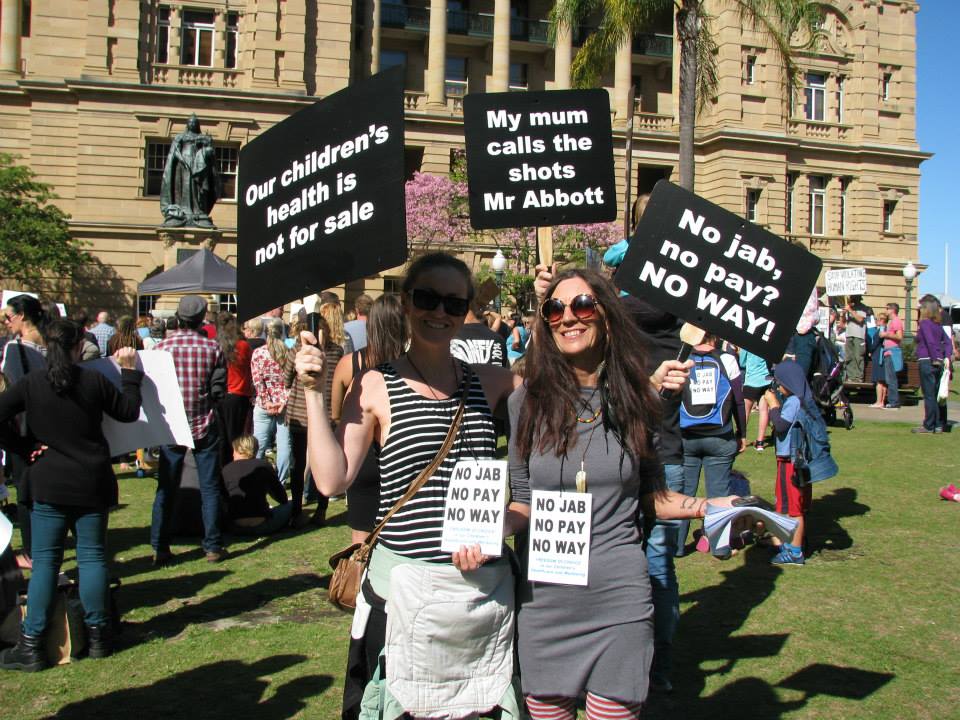 The journalist, in an opinion piece, chose to describe these Freedom of Choice rallies under the heading “Anti-vaccination lobby stoops to a new low” (Cathy O’Leary, 16 September 2015) and chose to ignore the reasons for the public’s concern about the No Jab No Paypolicy.
Freedom to choose how many vaccines we use is being removed through the use of financial rewards such as welfare payments and employment.
This is being facilitated by payments to doctors to increase the number of people they vaccinate.
These strategies are coercive and pressure people to use vaccines for their livelihood. It is also a step towards compulsory vaccination for all.
The reasons for the National rallies were clearly outlined in the flyer for the Perth event and the National Website for the rallies but this information was ignored by the journalist to distract people from the real issues.

The article by Cathy O’Leary misrepresented the rallies by describing the event as ‘anti-vaccination’, a ‘conspiracy theory’ and by associating the movement with ‘vaccination lies’ and abusive comments from social media – all designed to remove the focus from the following important issues: