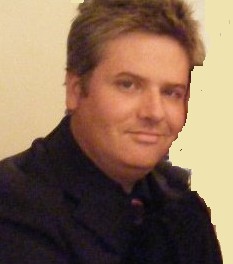 During my final year of Pharmacy each student was required to complete a one week placement in a hospital as part of our training.
My uncle was an Intensive Care Specialist at a large regional hospital in New South Wales and was enthusiastic about organising for me to stay with him and spend a week at his hospital.
My Uncle was also someone very interested in the future careers of his nieces and nephews and always took an interest in each of us as we grew up.

During my placement he pulled some strings and as well as spending some time each day working in the hospital Pharmacy he organised for me to accompany a talented young Irish Cardiology registrar as he performed his ward rounds each morning.  I was very impressed to observe this aspiring Cardiologist perform his work.  He took the time to show me different ECG changes and their meaning, skilfully adjusted patient medications by interpreting difficult to decipher patient notes and patient observations.  He typed correspondence letters, made phone calls, interpreted pathology tests all at a pace that would made the emergency staff on the television show ER look like they were taking it easy.  At the same time this young doctor had fantastic bedside manner with patients and had a great rapport and sense of humour with the nursing staff he was working with.  At one point he asked me what the best ACE-Inhibitor was to prescribe according to best evidence.  I told him I had no idea to which he replied “Just trying to share around some of the blame” in his Irish Brogue.

My Uncle asked me many questions about the Pharmacy in the evenings and I came to suspect that he may have been using me for reconnaissance purposes.  I also think he was hoping I might see the path of becoming a medical specialist more attractive than becoming a Pharmacist.

On two days of my placement my Uncle organised for me to spend a day each at two local Community Pharmacies owned by two of his friends.  I was especially impressed by his Pharmacist friend in a nearby beachside town.  This Pharmacist knew every patient by name and spent nearly all of his time providing medical advice to patients who were literally lining up to see him for the whole time I was there.  He too had great rapport with his patients and staff and clearly was an important member of his community and had a great impact being able to help lots of people with his medical knowledge.  Even better, being a keen sailing enthusiast, I was sold when he told me that he loved windsurfing and that when the wind was up there was a retired Pharmacist in town who would cover the afternoons for him.

I returned home for the evening and told my Uncle that his friend had a great job and that I would love to be able to be as great a community Pharmacist as he was.  To my surprise my Uncle quickly became very defensive.  He told me about the threats of the evil Australian supermarket duopoly and the depths the Pharmacy profession had deteriorated to in the United States.  He asked me why I would want to settle for being a Community Pharmacist when I could be like the Cardiology Registrar he had me tailing.  I said that Pharmacists were experts on medicines, that there needed to be an expert on that front.  He told me that I would have to be a lot better than the ones they had at the Hospital (I must make the point that I didn’t agree with him for any Hospital Pharmacists reading).

It probably didn’t help that I told him that I might be able to go windsurfing.

It quickly dawned on me that my Uncle was insanely jealous of his Pharmacist friend.  He felt that as a Medical Specialist he had put in the hard yards and that it was not fair that his friend could have such a great lifestyle when he had “just settled” for being a Pharmacist.

Time and again these sentiments raise their heads from doctors.  I remember some angry comments against Pharmacist vaccination in recent times which led to a highly prominent doctor for a GP professional body comically stating that Pharmacist’s fridges weren’t up to scratch.  The fact is that Pharmacists play a central role in the community and contribute enormous amounts to the health of their patients.

I still think back though about that young Cardiology Registrar and the passion, competence and sheer productivity that he displayed with mastery.  I hope that soon we will have in place pathways and funding to support and develop the role of aspiring “Medication Specialists” a role that there is a gaping need for according to all published data.