Editor’s Note: As most i2P subscribers would know, we carry a range of information on diverse topics, one of which is medical marijuana.
i2P has been encouraging pharmacists to become engaged with medical marijuana because of the promise of major health benefits, also a product that could impact on the cost of health positively (particularly the PBS), and it has a flow-on effect in that it assists in the treatment of drug addiction and subsequently helps to reduce prison populations.
Pharmacy needs to be involved in as many levels of the medical marijuana indusatry as is possible, to ensure that an ethical logistics chain of supply emerges, such that pharmacy can guarantee an uninterrupted supply for its patients and avoid disruptive marketing tactics of competitrors seeking to monopolise the industry and establish adverse pricing policies that could create difficulties for the average Australian patient likely to be a consumer of this product.
We woulds like to intoduce subscribers to the Haslam family, based in Tamworth, NSW.
What began as a tragedy in losing a young man to cancer, there emergeed an inspirational story and an activity that is dedicated to their son Dan.
The Haslam family is endeavouring to create an ethical industry surrounding all aspects of medical marijuana at all levels – information, research, growing of crops, manufacture and distribution.
i2P encourages Australian pharmacists to take an interest in this enterprise and make enquiries as to how you might help through donation or investment for a market that is going to be of vital interest to all pharmacists.
i2P also encourages pharmacy leadership bodies to become involved, especially in lobbying for sensible scheduling of medical marijuana (for example, the relatively safe fraction of CBD needs to be Schedule 3 classiication to ensure patients have fast access to this product) and also protect compounding pharmacies that will be needed to compound various mixtures of cannabinoids tailored to a specific patient.
Compounding pharmacies periodically come under attack from Big Pharma and their “front” groups.
Leadership groups must also discourage community pharmacies from embracing the idea of marketing recreational marijuana.

The Haslam family story follows as told by Lucy, mother of Dan.
Despite a valiant fight, he succumbed to bowel cancer.

Not many of us will sail through life without experiencing grief and loss. In 2010 my family was forced to walk the desperate path of watching our youngest son Dan (then aged 20) battle stage 4 bowel cancer and all the horrendous treatment that goes with it.
After three years of gruelling chemotherapy and after a plethora of expensive pharmaceutical anti-emetics had failed him, my husband and I encouraged him to try cannabis offered by a fellow cancer patient. We did not feel that we were doing anything wrong. He was so desperately sick with nausea and vomiting which was getting worse as his illness progressed. Every time he had chemotherapy he was hospitalised to keep him hydrated. His quality of life was poor and rapidly becoming more so.

My husband was a retired police officer with 35 years of service and most of that in the drug squad. I was a retired nurse. Both of us had always been opposed to recreational drug use and had used that view as a platform for a reasonably strict parenting style for our three sons.

On the day that Dan tried cannabis to combat the effects of chemotherapy, we had no preconceptions and no great expectations. However the result was so significant in obliterating his nausea and so positive in how it changed his life as a young cancer sufferer that we could not ignore it. I felt compelled to publicly campaign for the acceptance and reintroduction of cannabis for medicinal purposes in Australia.

As I researched I quickly found that my own opinions had been based on gross misinformation and propaganda that was largely a result of the war on drugs and had conveniently coincided with the rise of Big Pharma. I then started to look at the therapeutic benefits of cannabis and realised that Dan’s experience was far from unique. I stumbled across many personal stories embedded in senate enquiries and overseas literature including the plight of children with intractable epilepsy who were experiencing significant seizure reduction through using medicinal cannabis.

I went on to meet and hear from hundreds of patients with all manner of conditions who were testament to the therapeutic benefits of cannabis. Sick Australians just like Dan, who rely on an illicit market for their supply of medicine. Patients who are treated like criminals and who have no support from the medical profession nor certainty or safeguards around what they are taking.

I even travelled to Israel to see first-hand the largest Medicinal Cannabis Program in the world and to meet with the researchers like Professor Raphael Mechoulam who have studied cannabis for over five decades and who are excited by its emerging use in the treatment of diseases such as diabetes and stroke.

Since 2014 I have successfully lobbied at State and Federal level. Although we were criminals for providing illicit cannabis for Dan, it seemed that the public understood and sympathised. The NSW Premier Mike Baird met Dan and was suitably swayed in his opinion. He appreciated Dan’s untenable position and he soon recognised and reflected our anguish as parents watching a child suffering.

In late 2014 I held the Inaugural Australian Medicinal Cannabis Symposium and a second one in May 2016. People came from afar to inform on the progress from around the world. Politicians, law enforcement, scientists, doctors, academics and patients came together to demonstrate the need for Australian policy to better reflect the growing world trend. We began to cut through the myth and re-establish the truth about medicinal cannabis

In February 2015 our fears became reality and Dan lost his battle with cancer at the age of 25. But it was not before the NSW Premier announced the Terminal Illness Cannabis Scheme and three clinical trials into the use of medical cannabis. It was not before the announcement of a Federal Bill for the reintroduction of Medicinal Cannabis. I promised Dan that I would continue his legacy and see this mammoth task through.

Federal legislation passed on the first anniversary of his death. Medicinal Cannabis has been rescheduled from S9 to S8 and the way is being paved for the establishment of a domestic industry in medicinal cannabis cultivation, manufacturing and research.

While that all sounds very positive the reality is that hurdles, scaremongering and negativity prevail in an industry that is fraught with unethical motivation and those who mistake their authority for expertise.

Big pharma has many medical professionals firmly in their pockets. Their influence stretches far and wide and there are many who seek to stifle any progress by whatever means they have available to them. I question why many of our senior medicos are so quick to pass off large numbers of experiences as mere anecdote or placebo effect. Why they constantly use the lack of clinical trials as a reason to discount potentially life enhancing medicine. Lack of clinical trial evidence is clearly a result of prohibition rather than a lack of potential.

Even more cynical is their use of the disaster surrounding the over prescription of opiates as a valid reason to go slow on medicinal cannabis. The harms of cannabis are constantly exaggerated. The heavy recreational use of THC is presented as a reason for hyper-caution in medical use when the harmful effects of pharmaceuticals are conveniently glossed over. Then there is the argument that the risk of diversion to the illicit market is insurmountable and that it gives the message that cannabis is safe to would-be recreational users.

United in Compassion is a Not for profit organisation inspired by Dan’s legacy. We are like-minded peop

le who put patients before profits. We are made up of members who are in the medical profession, whilst others have expertise in other scientific fields. We are diverse in our backgrounds but united in our belief in the need for compassion.
We continue to lobby for the benefit of patients. We see that we have a role in guiding policy, advocacy, education and patient support. 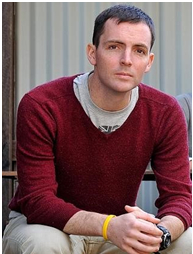 We also strive to be involved in the Medicinal Cannabis industry as it is only by being involved that we can continue to influence how this industry develops. With the expertise of experienced growers and consultants we hope to attract financial support to establish a corresponding commercial enterprise. This will be complemented by our aim to become involved in N=1 trials into medicinal cannabis. We hope that we can lead by example and prove that patients can come first at every step of the process as Australian researchers unlock the potential for Medicinal Cannabis and understand the role of the Endocannabinoid System.

Whilst the lure of big profits is paramount for many companies poised to enter the space, we see the need to exert some influence to control and minimise costs for patients as essential. We also see that there will be the need for patient advocacy at every step throughout the evolution of the industry and the legislation and regulation that will surround it.

We welcome support from wherever it is available including from community pharmacists who should play a significant role in the future evolution of an Australian Medicinal Cannabis Scheme. 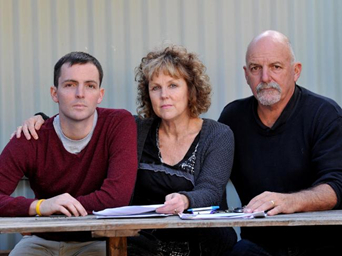