Growers beware.
The dope squad is back in the air.
As part of its annual cannabis eradication program, NSW police have once again sent their ‘cannabis cowboys’ into battle against the easiest of targets – the region’s outdoor cannabis growers.
Reports indicate that the dope squad has set up base at both Mullumbimby and Uki this week, and more raids are expected to follow.
The raids, which have long been controversial in a region that prides itself as being on the forefront of medical cannabis activism, have a huge impact on people trying to grow their own ‘medicine’.

‘For year’s they’ve terrorised hippy communities with these tactics. It’s scary and like a war zone when the helicopter is buzzing over your house, scaring your children and animals,’ he said.

‘At the same time the government is spruiking a massive medical cannabis growing operation at Casino which will be owned by a Canadian company.’

Mr Balderstone said governments were sending mixed messages regarding cannabis.‘Every time (Federal Minister for Health) Greg Hunt goes on television saying that medical cannabis is legal we get a hundred calls at the Embassy from people asking where they can get hold of it,’ he said.

‘The truth is that our region has been a major supplier of medical cannabis for a long time and we all know that good medical cannabis needs to be grown organically outdoors.’Meanwhile, according to reports on social media the police gathered yesterday at the Mulumbimby skate park,  Byron Street in Mullumbimby at 8.30am.

Local reports estimated that there were up to 30 police officers at the scene, dogs, 12 vehicles, a removalist type truck and then they heard a helicopter.

Echonetdaily spoke to crime manager for the Tweed Byron area, Detective Inspector Brendon Cullen, who said the report was ‘partially correct’ but that there would be no further comment today.

There were also reports of the police having been in Uki on the previous day, February 6.

The police media unit in Sydney said that it may be part of the cannabis eradication program.

Echonetdaily is currently waiting for a response to questions regarding the operation, its cost and other details from the police media unit in Sydney.

2. NZ Herald: Why cannabis is a gateway drug in the right direction
By Kyle MacDonald, who is an experienced psychotherapist and regular co-host on the NewstalkZB mental health awareness show The Nutters Club.

This week New Zealand takes a big step towards allowing the medical use of cannabis.
Considering even the home of the “War on Drugs”, the USA, has moved to decriminalise and legalise cannabis in almost all states, it’s surprising how much controversy this still stirs up here in Aotearoa.
Ultimately, all illicit drug use is a debate about compassion versus punishment. The compassion seems more obvious with the “medical use” bills currently before Parliament, the punishment more obvious with recreational use.
But what is now beyond question, even though many people’s views are still to catch up, is the punishment approach – via prohibition – has failed and continues to fail. We lost the war on drugs because it was never the drugs we were fighting, it was people.

I remember when psychotherapy was petitioning to become a registered health profession here in New Zealand. What struck me was as a profession we didn’t have to prove that what we did worked, but instead prove it had the potential to cause harm.
It seemed like a very negative way to frame the argument, but that is the whole point of government regulation: to protect people from harm.
And so, every time I hear people express concern that allowing people to grow a few plants, or use cannabis for their own pain management, worries them because it’s a dangerous drug that can cause harm – I want to scream.

In nearly 20 years doing my job, and working for addiction services for parts of that, I’ve seen the harm.
I’ve seen people disappear into addiction and struggle to return.
I’ve also seen the harm that criminal charges can do to people struggling with addiction.

The best way to help those who are negatively affected by their cannabis use is to offer them the help they need, as well as regulating the manufacture, distribution and sale of the drug itself, in a controlled and non-commercial manner.
Starting with medical use makes sense, because those in pain, in the late stages of terminal illness, need it the most. It is here where society’s compassion is most needed.

So for those who argue that cannabis is a gateway drug, they’re right.
It’s a gateway to finally treating people who use and misuse ALL drugs that are currently illegal with compassion.
Because it is not just those who are terminally ill who need our compassion and understanding.

How can we continue to be so cruel as to make criminals out of terminally ill patients, whose pain is alleviated by the consumption of a simple plant, that human beings have consumed for centuries?

And how can we continue to treat all those who suffer addiction with such disdain, and continue to criminalise suffering?

3. The Independent: How Greece is growing medical marijuana to tackle high unemployment

The Veroia site will create more than 2,000 jobs in the next two to three years, according to Georgios Zafeiris, chief executive at Golden Greece, the company responsible for coordinating the project’s group of 10 investors from countries including Canada, Kazakhstan, Poland and Israel. The first round of investment is seen at €400m (£352m), rising to more than €1.5bn, and 80 per cent of the jobs in areas such as cultivation, trading and transport could go to Greeks.

“In Greece, we’re not looking at bringing people in from other areas that have cannabis experience,” says Michael Blady, one of the investors involved in the Veroia project. “We’re going to train as many people as we need and we’re going to start our own culture here.” 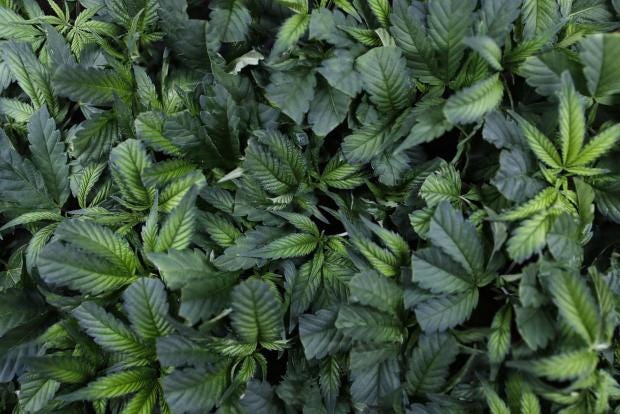 While initial plans will focus on extraction, processing and packaging of medical marijuana, investors are also looking into an eventual recreational cannabis market in the country, provided the government opts for fuller legalisation in the future, according to Blady.

Alexis Tsipras’s left-wing Syriza government, an enthusiastic backer of projects like Veroia, is set to propose legislation to allow pot cultivation projects to go forward as soon as the end of this month. The bill will be posted on the government’s website to allow the public to weigh in on legalising cultivation and export of medical marijuana.

“There’s significant interest by the investor community to exploit the possibilities of the new legal framework for medicinal cannabis in Greece,” agriculture minister Evangelos Apostolou says. The government is willing to assist any investment project that could help boost the economy, he says.

In addition to persistently high unemployment, the economic crisis has also pummelled wages in Greece. Average monthly salaries, at just €586, are among the lowest in the European Union, so any initiative promising higher-wage jobs is certain to resonate with the government. Top earners among employees in the legal cannabis industry can bring home $80,000-$100,000 a year, according to Blady.

The Veroia project’s backers say the positive effect on employment and wages provides a buffer against possible future changes in government. “Even when power does change and the political landscape shifts, it’s pretty hard to roll back on something that the general population sees as a benefit,” Blady says.