1. Australia’s Science Channel: Where marijuana is legal, opioid use drops

Two independent papers suggest that medicinal cannabis may be a valuable weapon against drug abuse.
With the current “opioid epidemic” across America, two studies have found that in regions where medical marijuana is legal, doctors prescribe less opioid medications to patients.
The research papers published in JAMA Internal Medicine have looked at more than five years of prescription data in the United States, and found that after states legalised weed, the amount of opioid drugs being prescribed went way down

Opioid prescriptions for the elderly drop

The second study from the University of Kentucky examined prescriptions filled under Medicaid, a program benefitting the poor and disabled, and a population at high-risk of chronic pain, opioid use disorder, or opioid overdose.
In agreement with the Medicare Part D analysis, they also found that when states implemented medical marijuana laws, Medicaid prescriptions for opioids dropped by 5.88%.
Furthermore, when those same states implemented laws allowing adults to use marijuana, opioid prescriptions dropped further, for a total reduction of 6.38%.
The authors of both studies suggest these results point towards cannabis potentially being one mechanism that can encourage lower prescription opioid use as part of a package of measures to tackle the opioid use crisis.
These new studies build on previous research showing a potential link between medicinal marijuana and opioid use and deaths.
Previously, a paper in 2014 compared medicinal cannabis laws and death certificate data in the United States from 1999 to 2010, finding that states which brought in medicinal cannabis laws had a 24.8% reduction in the rate of opioid overdose deaths compared with states without legalised medicinal cannabis.
Similarly, a 2017 study looking at data within Colorado found a 0.7 per month reduction in opioid-related deaths after Colorado stores began selling recreational cannabis.
However, other studies have found the opposite, with national epidemiological data finding that cannabis use was associated with increased non-medical prescription opioid use. However, those statistics were based on illicit cannabis use.

Not conclusive of a link

There are some shortcomings to the new studies as well.
People who rely on Medicaid or Medicare Part D are generally in lower socioeconomic groups, disabled and elderly, which raises the question as to whether the findings would apply across a wider population.
Similarly, neither study can say for sure whether people avoided opioids when medical marijuana was available. So far, there is no evidence that people do substitute opioids for medical marijuana, or that doctors are the driving force behind the shift.
There is a range of other regional factors that could also feed into the effect, including ones that are known to be associated with differences in opioid prescriptions between areas. These included racial demographics, education, prevalence of disease, disability, and suicide rates.
The scientific community is pushing for increased support of research into marijuana to help address those shortcomings and discrepancies between studies.
“Many companies and states (via taxes) are profiting from the cannabis industry while failing to support research at the level necessary to advance the science,” wrote two researchers in a commentary of the papers.
“This situation has to change to get definitive answers on the possible role for cannabis in the opioid crisis, as well as the other potential harms and benefits of legalising cannabis.” The arrest comes as the federal government tries to improve access to medical cannabis for people suffering life-threatening or terminal illnesses.

Three years ago, Mr Bower was sentenced to 12 months jail for breaching bail when he was arrested for cultivating cannabis but released immediately on parole.

At that appearance he was described by the judge as ‘not your standard criminal’.

Mr Bower has continued his battle to have medicinal cannabis recognised as a legitimate treatment.

At the time he told the court that Mullaways had been contacted by the ACT government to help organise medical cannabis for the suffering in their state, praising them for their ‘courage’ in addressing the issue.

Echonetdaily will update this story as more information comes to hand.

3. Entrepreneur: A Study of One Colorado County Finds Legal Marijuana has More Benefits Than Problems

A study of one Colorado county has found cannabis provides a great economic benefit, even with the challenges it presents for social services and law enforcement.
The study, done by the Institute of Cannabis Research at Colorado State University-Pueblo, dispels some of the concerns surrounding the legalization of marijuana.
Overall, embracing the legal cannabis industry resulted in $35 million for Pueblo County in 2016, according to the study. That includes about $58 million in positive economic impact minus the $23 million spent by the county on marijuana-related programs. 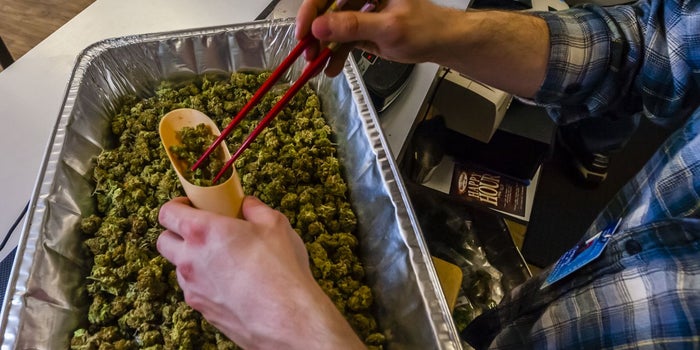 One of the persistent criticisms of legalized marijuana in Colorado is that it will attract people from all around the nation looking for legal pot. Many fear homeless people will especially take advantage of the situation, researchers said.

However, the study found that is not the case.
While the county faces issues with the homeless, that situation is caused more by rising housing and utility costs than it is because of legal weed, the report found. Timothy McGettigan, a sociologist with the university, told Colorado public radio that “the idea that people have been coming to Colorado from out of state in droves, spending their last dime on cannabis and then lining up at soup kitchen queues and at social service agencies is not really accurate.”

First of its kind.

Pueblo County is located on Interstate 25 south of Denver, about midway between the city and the border with New Mexico.
The county population is just over 159,000.

Social demographics. Researchers reported little change in this area post-legalization, finding no quantitative evidence that the county has been impacted by people moving in from elsewhere.

Homeless population. Researchers found no connection between an increased number of homeless people and marijuana.
They noted that utility costs have risen, and that one utility had cut off power to 7,000 homes.
This has had a bigger impact on homelessness than marijuana.

Student use. The report found that legalized marijuana had not increased use of cannabis by high school students in the county.

Crime. There has been an increase in crime, but it is property crime and drug arrests related to heroin, not pot.
The report also found an increased number of pot seizures in the county but speculate that this relates to a large number of illegal marijuana grow houses.

Use by pregnant women. The report found a 3.1 percent increase in reports of THC present in pregnant women after legalization went into effect.

Economics. The county has experienced increased real estate prices, but the report could not directly correlate that with legalized marijuana.
Researchers also predicted that those just now getting into the cannabis business may have a greater chance for failure, and the area already is seeing some consolidation of marijuana operations.

Taxes. As the price of legal marijuana continues to drop, the report projects the country will see less marijuana sales tax revenue.

The report received enthusiastic response from local politicians.
Pueblo County Commissioner Sal Pace told the Denver Post, “The good news for the citizens of Colorado is this has been a net positive for our community.”

Related: Is the Legal Marijuana Industry Sustainable for Entrepreneurs? What You Need to Know