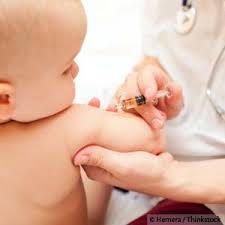 The World Mercury Project is dedicated to removing mercury from all environments that it currently contaminates.
It is a serious problem that results from irresponsible manufacturers (including vaccine manufacturers) on one hand, and corrupt regulators having had their democratic focus altered in favour of personal greed.
Robert F Kennedy Jr is a vocal advocate for the World Mercury Project, and he delivered an inspiring and empowering keynote speech at the Autism One conference in Colorado Springs, recently.
Watch and share the hour-long speech.

Please take the time to read the false information that the West Australian media is providing to the public on the safety and efficacy of vaccines. The Medical Editor of the West Australian newspaper, Cathy O’Leary, has provided the untruthful information below to the public, and this adds to the false and misleading information others have provided in the media on vaccination science and my university research. Including Dr. John Cunningham (a spinal orthopaedic surgeon in Melbourne) and Kylar Loussikian, a journalist from the Australian newspaper. These Australian’s, including Cathy O’Leary , have received awards for their media stories that provide false and misleading information on vaccines and immunisation to the public.

As you are also promoting false information on the UOW website about the safety and efficacy of vaccines, I again ask that you remove this promotion to ensure that there is open and transparent debate on the academic literature. Please read the letter below to see how you are suppressing the academic debate on this important health issue.

Open Letter
University of Wollongong,
Head of Public Health,
26 May 2017

I will note again that your expertise is in NUTRITION and not vaccination science or policy. As president of the Public Health Association of Australia (PHAA) you also have a declared conflict of interest in promoting your support of the government’s vaccination policies on the University of Wollongong (UOW) website. The PHAA supports the Skeptic lobby groups, such as the Australian Skeptics Inc (president, Eran Segev) and Stop the Australian Vaccination Network (SAVN) who are promoting corporate interests in government vaccination policies. This COI needs to be declared on the UOW website and openly declared to your 60 colleagues who have signed their name to your misinformation about vaccines on the UOW website. Please see the attached poster (Attachment 1 SAVN PHAA2014 poster) that describes the support the PHAA gives to these professional lobby groups to suppress academic debate.

Further, the UOW has allowed Dr. Matthew Berryman, an academic with no health qualifications and member of the Skeptics lobby group, and Dr. John Cunningham, an administrator of the SAVN lobby group, to use the university’s complaint and ethics policies to harm my research and reputation in the mainstream media (and on social media) with false allegations. Other members of these professional lobby groups have also been allowed to use the University’s complaint procedures to continually harass me whilst I was a student at the University of Wollongong. I have complained about this practice of allowing organised lobby groups  to harm UOW student’s reputations to the NSW Ombudsman  and he is copied into this open letter. This complaint includes the false comments made by Dr. John Cunningham in the Australian newspaper (January 2016) regarding the assessment of my PhD after it was published on the UOW website in January 2016.

Please read my latest newsletter that describes how the corporate sponsored mainstream media is preventing the public from getting accurate scientific information about vaccination and this is endangering public health. This newsletter describes how journalists are being supported by the ACMA to suppress the academic debate  on vaccination: Newsletter 161 ‘Cathy O’Leary, WA Medical Editor, Chooses not to View “Vaxxed: From Cover-up to Catastrophe” http://mailchi.mp/33c64ff1a6f4/newsletter-161-cathy-oleary-medical-editor-chooses-not-to-view-vaxxed-from-cover-up-to-catastrophe?e=fec8337d3c

Here also is an article describing how Australian doctors and health professionals are being prevented from discussing the risks of vaccination   https://www.bellybelly.com.au/health-lifestyle/10-doctors-speaking-out-about-vaccination/

Your comment on the UOW website is also endangering public health and I request that you declare your expertise in nutrition to the public and your COI with the PHAA or remove your comment about vaccination from the University website.

Newsletter 161
Cathy O’Leary, Medical Editor, Chooses not to View “Vaxxed: From Cover-up to Catastrophe”.
25 May 2017

In my previous Newsletter 160 “False and Misleading Information about the “Vaxxed” Movie Provided by Cathy O’Leary, (Medical Editor), I described the untruthful information that Cathy O’Leary provided about the “Vaxxed” documentary to the public. In this letter I invited both Cathy O’Leary and Professors Fiona Stanley and Jonathon Carapetis, from the Telethon Kid’s Institute, to attend the Vaxxed screening in Perth last Friday night (19 May). Cathy O’Leary replied saying: “I will not be attending the viewing, nor will any of my colleagues, as I have no intention of giving any time to wholly discredited anti-vaccination information”.
Here are the flaws in Cathy OLeary’s claim:

On 24 May 2017, the Murdoch press, ran a story in The Australian newspaper, titled “Anti-vaxxer putting her new PhD to good effect” (Julie Hare). In this article the journalist claims that I “lashed out at” Cathy O’Leary because she “questioned the science behind a new documentary (Vaxxed)”.
This is false. In my newsletter I corrected the false and misleading information Cathy O’Leary provided to the public about this film. Australian journalists are not made accountable for providing false and misleading information about vaccines to the public because they are supported by the Australian Communication and Media Authority (ACMA) to do this.
Here is the complaint I made to the ACMA in 2013 about journalists presenting false information about vaccines to the public and here is the reply that I received from the ACMA supporting journalists to do this. This represents a danger to public health and the medical risks of vaccination are not being presented to the public in the media. These risks are described in my PhD supported by many academics and published on the UOW website.

After the public screening of Vaxxed in Perth most of the mainstream media did not report on the scientific evidence presented in this documentary. Channel 10 and journalists at the West Australian and Post newspapers, chose not to attend the public screening or to report on the scientific evidence discussed in the film. Whilst channel 7 sent a journalist, she did not stay for the entire film and the interview she did before the screening, with myself and Tasha David (AVN President), was not televised.

After the screening channel 10 used the opportunity to dismiss parents concerns about the safety of vaccines. The national president of the AMA, Dr. Michael Gannon, stated that the health department was “spending a lot of time disproving the quack theories about the risks of vaccines”. This statement was made by Michael Gannon because parents are requesting that the government proves that vaccines are not causing the 5-fold increase in chronic illness and autism that we have observed in children over the last two decades. This could be done by providing the study of vaccinated and unvaccinated children over several years to assess the health outcomes of using 16 + vaccines in infants and children. But this basic scientific study has never been done. Here is Peter McIntyre, director of the government NCIRS since 2004, stating this fact and here is Dr Paul Offit stating that there is no study that proves that vaccines do not cause autism. The link between vaccines and autism cannot be discredited without this study. Here is the evidence that links vaccines as the most likely cause of the epidemic of autism.

In October 2015, prior to the introduction of the No Jab No Pay legislation the top Australian public health officials would not attend a public forum at the University of Technology Sydney (UTS) to present the case for coercive vaccination policies – and coercive vaccination policies were implemented without public or academic debate three months later in January 2016. These policies are not evidence-based and the pharmaceutical companies are influencing government public health policy through lobbying and donations.

It is time for the public to have a voice on these policies as our human right to bodily integrity is being removed with coercive vaccination legislation. This Sunday 28 May VACCINATIONCHOICE RALLIES will be held in all the major cities around Australia. Please support these rallies and fight for you right to informed consent for all medical interventions.

3. Health Impact News: Calls for Violence Against Those Who Practice Freedom of Speech Opposing Vaccines Reaches Mainstream Media
May 15, 2017 2:42 pm

The latest example of the disturbing trend of prominent doctors, attorneys and journalists calling for severe punishment, including physical violence, against people refusing the medical intervention known as vaccination is a recent editorial titled “Preying on parents’ fear” published in the Boston Herald on May 8, 2017.
The article, written by the “editorial staff,” is yet another in a long series of attack pieces published by the mainstream media attacking freedom of thought, speech and conscience when it comes to vaccination.
It ends: “Vaccines don’t cause autism. Measles can kill. And lying to vulnerable people about the health and safety of their children ought to be a hanging offense.”
A “hanging offense”?
The editorial staff, led by editorial page editor Rachelle Cohen, is calling for people who criticize vaccine safety to be executed?
Really?
Read More…