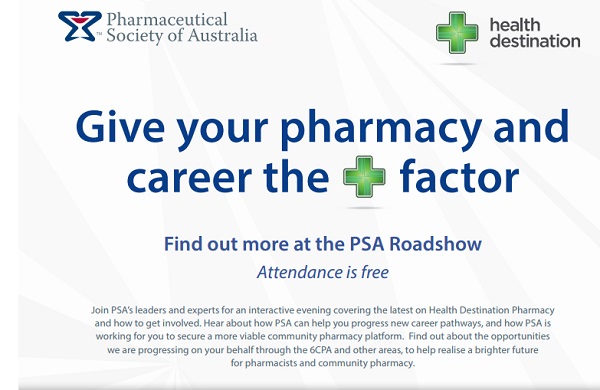 Register at this link

Respected rural pharmacist John Holds has been bestowed with an Order of Australia (OAM) medal to honour more than 40 years of his service to the community.

Mr Holds’ outstanding dedication to rural pharmacy was applauded by the Pharmaceutical Society of Australia (PSA) as part of Australia Day celebrations.

Mr Holds started his distinguished pharmacy career in Whyalla, South Australia, in the 1960s and said he has been a PSA member and supporter for “as long as he can remember”.

“I’m very humbled to receive this honour as I get a lot of satisfaction from being a pharmacist, especially working in regional areas,” Mr Holds said.

“I’ve lived in the country all my life and enjoy living in rural and regional communities, it’s something I know well and I enjoy making a difference in these places.

“The reason I still work is because there’s an urgent need for more rural pharmacists in Australia.”

Mr Holds said pharmacy had changed immeasurable over the years, with one of the biggest differences being that pharmacists are now more interactive with customers.

“When I first started, we were out the back and didn’t venture into the shop to talk to customers.  Nowadays, people are looking for healthcare information, which is something I have always enjoyed as a professional.”

“I congratulate John on his OAM honour and I thank him for his outstanding service and loyalty to the PSA and regional communities,” Mr Kardachi said.

“The fact that John’s been a PSA member for such a long time, even though he’s semi-retired, showed his dedication and loyalty to the profession.”

Pharmacists and health professionals and are urged to register for the Pharmaceutical Society of Australia’s (PSA) prestigious Offshore Refresher Course 2016 in South Africa, offering the highest-quality education mixed with wildlife and adventure.

As Australia’s longest-running and highly successful pharmaceutical conference, the 41st Offshore Refresher Course 2016 will be held in Cape Town and Sun City, South Africa from 1–10 May, with pre-conference programs from 27 April and a post-conference program from 10–13 May.

“This exciting annual event is designed for PSA members to update and share their knowledge on business management, medication management, new technology and the latest therapies,” Mr Plunkett said.

“It also continues the tradition of quality education, fantastic destinations, prestigious hotels and great networking opportunities as well as an opportunity to earn up to 60+ CPD credits, underpinning PSA’s claim that ‘learning can be fun’.”

“Pharmacists say they like this concept as it broadens their experience and gives them a wide range of networking opportunities with representatives of the profession in different locations,” Mr Plunkett said.

Mr Plunkett said the 41st annual Offshore Conference continues to deliver on its reputation as being the leading offshore essential practice education conference for Australian pharmacists.
Details of the 2016 event:

Don’t miss out – register NOW for the 41st Offshore Refresher Course.  Registration details can be found at
https://www.psa.org.au/refresher