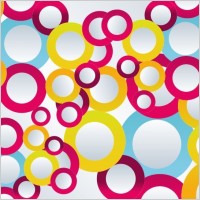 Fear may be an effective technique for promoting drug sales and gaining votes, but should not displace the calm presentation of a healthful life style factor.
For example, recently the “sugar is good; fat is bad” mantra has been exposed to the light of truth.[1]
A recent Medscape report began with: “Highly respected, high profile U.S. medical and public health institutions working to reduce obesity have accepted corporate sponsorships from the nation’s two largest soda companies.” [2] The Centers for Disease Control (CDC), the American Diabetes Association and the Obesity Society lobbied against bills that would reduce soda consumption designed to improve nutrition.
As a result, the American Academy of Pediatrics ended Coca Cola’s sponsorship, yet wouldn’t discuss their past relationship.
The American Academy of Family Practitioners did the same.

I vividly remember a TV documentary from a decade ago, in which the dangers of sugar and the influence of the sugar industry was being explored. Dr. Frederick Stare, a proponent of the nutritional value of sugar, was to be interviewed at his Harvard office. On the way towards his office, the camera zoomed onto a plaque on the wall that said that this wing had been donated by a major sugar company.

On the same show, the camera took in the floor of what would be the equivalent of an American super market in France, noting the prominence of fresh produce and red wine and the absence of “convenience” foods. During this infancy of “good food” promotion, the public, of course, more readily accepted red wine over fresh produce; but it was a start.

Out of the Frying Pan and into the Sugar Bowl

Modern “medicine” has done the public a huge disservice in promoting the idea that fat is the culprit in creating heart disease and obesity. The low fat diet left a void that was filled with sugar or starch (readily metabolized into glucose) in the form of pasta, potatoes or white bread. Pasta consumption went nuts with many more attractive forms appearing month by month. This situation seemed similar to the unforgivable simplistic thinking applied to the cholesterol problem: cholesterol is bad for your heart; eggs are a source of cholesterol; therefore, don’t eat eggs. So how did this bum advice get started?

Sadly, it has recently been confirmed that the sugar industry influenced the editing of “scientific” papers in which the data was manipulated to show that fat, not sugar, was associated with cardiovascular disease. It was easy to expose this false concept by looking at the metabolism of these major food components, causing me to search for the “why” and just when they got it so wrong.

Forty years ago I wrote a column titled “The White Devil.” The sugar industry was not amused and sent a complaint to the College of Physicians and Surgeons of Ontario, saying I should be disciplined. I had to appear before the College and defend my position. After I presented tons of evidence, the College did not charge me. Actually, they should have tossed out the charge entirely.” – Ken Walker, MD
Atkins Revisited

Looking in my files, I found an excellent NY Times Magazine editorial written by Gary Taubes. [3] It began by stating that American medical establishments spent 30 years ridiculing Dr. Robert Atkins for quackery and fraud by his proposing that it was carbohydrates, not fats that were causing the rapid increase in obesity and diabetes—a theory that was in direct opposition to current acceptable thinking. Dr. Barry Sears, in his book “The Zone” also proposed this same idea. Then came “Syndrome X” which again set forth the metabolic steps of sugar and the mechanism of insulin resistance that led to obesity and diabetes. Atkins’ work was summed up in his very popular 2001 book, “Age Defying Diet.” He proposed an extreme, ketogenic diet for those already in deep trouble, having developed type II diabetes. His diet was so low in carbohydrates that the body had to burn fat to produce energy necessary for survival. His more moderate diet was based on the fact that fat, protein and fiber all slowed the rapid assimilation of carbohydrates that led to an over demand for insulin. The book also extensively covered all the healthful nutrition practices we revere, including whole foods with plenty of antioxidant value, healthy fats and vitamin supplements, as soon as sugar metabolism was brought under reasonable control.

At the same time, the government solidly backed the conventional thinking when George McGovern convened a Senate Committee in 1977 that resulted in publishing, “Dietary Goals for the United States.” [4] The government also produced the food pyramid with its base of grains and the good stuff in the peak. [Mentally, many of us stuck the thing, point down, into the ground, knowing that it would probably topple.] From this point on, the grocers’ associations have conscientiously followed the medical professions edicts concerning healthy eating without realizing that scientific consensus is continually changing. Low-fat-this and -that items still are touted and fill grocery shelves.

Interestingly, without the benefit of tests or on-line research, but by simple, eyes-open clinical observation, a French doctor – in 1825 – remarked that his fat and weak countrymen would do better by eating “plenty of eggs, beef, mutton, chicken, butter and vegetables.” [5] [OK, I’d recommend we back off on the meat a bit.] The idea was to displace the French grain-based diet, in which the wealthy would have been better off eating whole-grain peasant bread rather than the denuded white bread of the privileged. Along with his radical nutrition ideas, he suggested that people get off of their derrieres and get some honest, down-to-earth exercise.

If only we could learn from past experience.

(Ralph Campbell, MD, is a retired pediatrician and an active cherry orchard farmer. At age 89, he still sets out his irrigation pipelines himself. And all this on remarkably little sugar.)

4. https://health.gov/dietaryguidelines/2015-binder/meeting1/historycurrentuse.aspx andhttps://naldc.nal.usda.gov/naldc/download.xhtml?id=1759572&content=PDF (This large file may take a while to download.)

Comments and media contact:
drsaul@doctoryourself.com OMNS welcomes but is unable to respond to individual reader emails. Reader comments become the property of OMNS and may or may not be used for publication.