On my daily walks, I’ve been listening to Laura Hillenbrand’s Unbroken: A World War II Story of Survival, Resilience, and Redemption.
I’m at Christmas of 1943—the year Bing Crosby’s newly recorded “I’ll Be Home for Christmas” began tugging at souls on radios across America.
The tug persists. 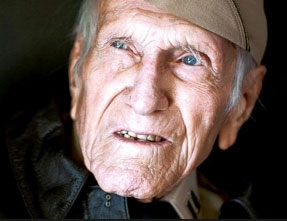 Though the bestseller’s central figure, Louis Zamperini, did not make it out of the POW camp and home for that Christmas, he did, by the grace of God (his words), make it home to Torrance, California, for the Christmas of 1945. I would arrive three years later for my first Yuletide in the neighboring town of Compton. Louis went on to spend no fewer than sixty-eight more holiday seasons with loved ones. Not incidentally, while he was a captive in Japan, the miracle drug penicillin was mass produced and issued by the Allied forces on the other side of the globe in 1944, ensuring that countless soldiers would be home for Christmas. This past July, Louis succumbed to pneumonia and died at the age of ninety-seven. 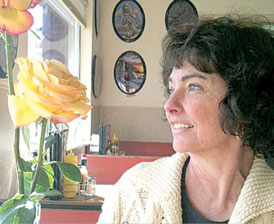 This past December 1, sixty-five-year young Loretta Macpherson of Bend, Oregon, was in the thick of her own war, supported by a skilled team of caregivers who performed surgeries and prescribed drugs with the reasonable expectation that she would be home with her loved ones for at least another Christmas, if not many more. She wasn’t and won’t be.

Below is the hospital’s public account of Loretta’s fateful visit to its emergency room—a visit prompted by anxiety and concerns about the medications she had been taking following brain surgery in Seattle around Thanksgiving:

“It would be terrifying to receive a paralytic if you were awake and alert,”blogged my hospital pharmacist friend Jerry Fahrni. “The drug paralyzes you, but your other senses remain intact.” Just visualizing this pushes me to the edge of panic, not unlike what I felt while reading Zamperini’s account of being confined for weeks to a box with the footprint of a coffin after being captured by the Japanese.

My thoughts and prayers go out to and up for Loretta’s family. I am also extending my enlistment in our war on preventable medication errors. Though none of us can number our days, I’m just over two-thirds of the way to Zamperini’s age when he died and to my father’s, who is still living. In any instance, however many years remain, I intend to continue recruiting hospitals to arm themselves with technologies and accompanying best practices that have proven to prevent the kind of errors that kept Loretta from being with her family this Christmas.

For nearly two decades with a number of you, I have campaigned for bar-code scanning of patients and medications at the point of care to ensure that the right strengths of the right drugs (whether penicillin, fosphenytoin, rocuronium, etc.) are being given to the right patients in the right doses at the right times. While we may be encouraged that around two-thirds of hospitals are now scanning most patients and medications at the point of administration, I do not plan on retiring from this branch of service until not a hospital serving our country would have it any other way. And I am happy to say that we are finding allies across the world in this good fight.

But let us never forget that the efficacy of scanning at the point of care hinges on the accuracy of labeling medications upstream. In 2004, we won the war we waged with the FDA, convincing the administration to require that manufacturers include bar codes on labels of all immediate drug packages. However, while most drugs packages make it from the manufacturer to the bedside without changes, many IV medications require compounding and additional labeling in hospital pharmacies—high-risk IV medications like the one errantly compounded and responsible for killing Loretta.

Without question, pharmacies should use bar-code scanning systems to verify ingredients when compounding IVs. As noted by the St. Charles administrators in points six and seven above, scanning at the point of care may verify that the right bag is given to the right patient, but it could not detect when a bag is filled with rocuronium instead of fosphenytoin as the physician had ordered.

As we move into a new year, only 5 or 6 percent of US hospitals are scanning to verify ingredients when preparing compounded sterile products. That was the adoption rate for scanning at the point of care a decade ago. Like I said, I won’t be retiring from this battle any time soon.

What could I do to recruit you for this war, if you are not already with us in the trenches? Your hospitals, the one you may work in and/or the one in which you will eventually be treated, are not exempt from human errors any more than the fine hospital in Bend.

The heading of the Institute of Safe Medication Practices’ December 18, 2014 “Medication Safety Alert” admonishes, “Tragic error with neuromuscular blocker should prompt risk assessment by all hospitals.” The alert begins, “There but for the grace of God go I. Those words are apropos for all hospitals in light of a recent, widely reported medication error at a hospital in Oregon.”

As patients, I hope you will provoke your hospitals to feel uncomfortable if they are not using bar-code verification systems at the points of preparing and administering medications. As hospital employees, I hope you will call your hospitals to arms, not only to protect their patients but also to protect their pharmacists and nurses from accidentally harming those under their care.

If your hospital needs motivation for enlisting in the bar-code war, please let me know how you think I might help.

Hospitals developing strategies for employing bar-code medication preparation systems will greatly benefit from procuring the latest Neuenschwander report In The Clean Room, A Review of Technology Assisted Sterile Compounding Systems in the US.

Let’s do what we can to ensure that those we treat and those we love are home for more Christmases.