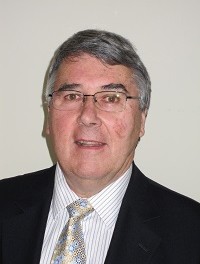 Having recently shifted house, I am still locating items long forgotten.
One of the many treasures I stumbled upon was an 1890 formulary for pharmaceutical chemists, containing a myriad of formulations, for a myriad of problems and many of which I became intimately acquainted with during my apprenticeship.
Formulas and directions for making Syr Ferri Phos Co, Ung Hyd Ammon, Liq Arsenicalis, Mist Creta Camph, and countless other now obsolete products, focused my mind on how dramatically the profession has changed over my working life.

Pharmacists are now well removed from being the experts in the extemporaneous compounding of medicines and application of their knowledge and skills for the benefit of patients presenting with a prescription or a complaint, to integrating and collaborating with other health care professionals in primary and secondary care environments.

Over the last two or three years I have had the opportunity to implement a pharmacist’s prescribing role into the general practice where I was initially employed as a clinical advisory pharmacist. Even with the support of the nine general practitioners and nursing staff, the transition wasn’t easy. The major problem was that no one really understood what this role might achieve in terms of patient care. Would it be cost effective? Would it save the GP’s and nurse’s time? What about the administration staff? And most importantly how would a pharmacist-prescribing role be accepted by the patient?

The training in New Zealand for the prescribing certificate, was adapted from the British model and from a primary care perspective appeared to be based on a hospital model whereby pharmacists working in specialised roles such as urology, gastrointestinal, cardiovascular etc, would achieve a measure of expertise in a particular specialist area. Application of this model within a primary care environment was virtually impossible as patients present with multiple morbidities. Undertaking a medication review in this environment requires the pharmacist to work cross all specialities and the prescribing role in my opinion, needs to build on this application of the pharmacist’s skill set.

The first six months in general practice as a prescribing pharmacist, was filled with many fascinating and unique challenges. Having worked in primary care for years and being very familiar with the environment, I initially felt the new role would be quite simple to implement – but there were many new learning’s to be had.

Working with patients in a general practice is very different from the type of patient engagement one has in a community pharmacy where there are many other unrelated pressures. In a general practice the entire focus is on the needs of the patient. The close proximity and availability of the expertise of other health care professionals can be applied to the resolution of problems, as they arise – a luxury not available to community pharmacists.

Being familiar with this environment, didn’t however, equip me for the changes my status as a prescriber evoked. The administration staff were very quick to recognise that they could hand over a myriad of prescription queries from patients and pharmacies alike. Nurses too, soon latched on to the fact that there was a prescriber readily available to sign the prescriptions they had generated for patients in their clinics. These scripts were usually for medicines mostly available from a pharmacy, but to be funded they needed to be prescribed.

It was decided that initially the prescribing pharmacist would manage all the repeat prescriptions for patients with chronic conditions, that is I would receive the requests from the patient and/or check and update details on the patient management system, discuss with the patient when possible, and with the GP with solutions when problems with the medication were identified.

The final format permitted the pharmacist to repeat any prescription labelled ‘long term condition’ on the patient management system with a couple of exclusions. Excluded were narcotics, benzodiazepines, clozapine, and some patients with mental health and/or addiction problems who needed a dedicated GP to manage their treatment.

What was particularly interesting to me was to be told by one of the general practitioners that it still wasn’t clear to them how to describe my role. To them I definitely wasn’t like a GP with somewhat different or fewer responsibilities, nor was I like a community pharmacist with an expanded set of skills and a greater range of responsibilities. I was definitely different, but there was no common definition for me. This dilemma – describing clear differentiators between different pharmacist practice modalities – is a major one for the profession to resolve moving forward.

For too long we have ‘sold’ the concept that once qualified, a pharmacist, with little or no extra training, can undertake any role in health associated with medication. The New Zealand pharmacist scope of practice is so wide that it beggars belief that with so many skills and so much knowledge, we aren’t the highest paid of all health professionals. It seems to me that organisations such as the Pharmacy Guild need to recognise that the community pharmacy of old was a very different type of practice to that existing today and pharmacists working in this environment simply cannot effectively provide the type of clinical service to patients that other health care professionals and pharmacists can provide, when working closely and collaboratively within an integrated patient focused environment.

The sad thing is that there is no career path for young pharmacists working in community pharmacy other than being ‘in charge’ or owning a pharmacy. With more changes to ownership regulations on the horizon in both NZ and Australia, even aspiring to ownership will soon be a thing of the past. What then will the young clinically minded pharmacists aspire to? It is incumbent on all of us to ensure that the profession moves on from a reliance on the current community pharmacy model with its focus on supply and distribution and urgently embrace new models of pharmacist-provided patient focused care.